A fashion article recently claimed that ballerina pumps (i.e. dead flat shoes) had stopped being anything to do with fashion now that they had become a wardrobe staple selling x hundred thousand pairs every day.

By a similar token, you know there is a communication problem when newspapers start writing about it.

Why don’t we speak?

Well then don’t be a victim of it.  Change it. 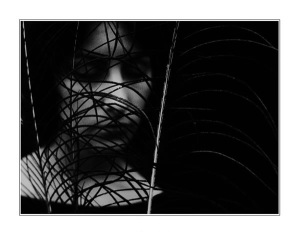 It is rarely quiet or pleasant on the bus nowadays.  The ride is usually dominated by one person speaking loudly into a mobile telephone, or worse still, two people speaking loudly in different languages on their mobiles.  Curiously, people think that they can’t be understood or gainsaid, so they speak ever louder.

A woman turned to a man mouthing off in Spanish and asked him to lower his voice.  She was polite.  He stared at her cold-eyed and spoke again into his mobile.

“I know what you are saying” she said blushing.  “I speak Spanish and that’s very rude.  I was quite courteous to you.  Couldn’t you speak more quietly?”

I immediately wanted to give her three different kinds of awards – for wearing her ordinary face, for refusing to be intimidated by him as lord of creation and for keeping her cool even as the blood vessels in her face dilated.

For I discovered xenophobia when I spent 20 minutes behind a Russian very nearly shouting into a mobile.

A more sociological experience involved a man with a plum in his throat who was challenged by two enterprising women in their thirties on a packed bus coming home through the rain.  He was conducting a conversation of mind-numbing triviality at the top of lungs clearly trained for field sports.  Challenged, he made the mistake of playing “poor me, it’s all about women nowadays” so that feeling against him from both sexes ballooned on all sides, till it was almost tangible and rain or not, he felt he should take his leave.

“That’ll teach him” remarked the woman beside me as he got off.  I said I doubted it, that personality is always right.

When the work I do slid away from me under the door marked “change”, I reverted to an earlier me.  I always spoke to people but it is easier with a degree of elective anonymity.  I have the security of knowing who I was which allows me to be who I am.

I try to be tactful, not everyone wants to speak.  I am willing to leave it.  I expect nothing.  I am unlikely to meet my new best friend, that horrid phrase which has inbuilt several kinds of expectation.

But most of the time casual exchange does what it always did.

It passes time agreeably.  It often begins with a chance remark about the weather.

But sometimes, it doesn’t.

I sat behind a boy of five or six making speech-like noises.  His mother talked to him, fed him slices of pear.  He interacted non-verbally with her.

When the passenger beside me got off, he knelt up in the seat to face me and indicated very clearly by these noises something on the river.

I said gently but clearly that it was a boat.  He beamed at me.  We commenced exchange – I talked and he responded.  He seemed to understand me but there were no recognisable words. 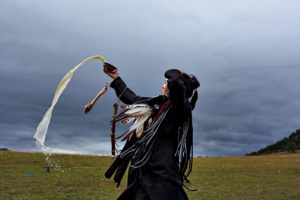 I took a deep breath, leaned forward ready for anything, and said into his mother’s ear “Please excuse me – this child needs his hearing tested.”

She turned to me.  “I was going to start with a speech therapist.”

“OK” I said, overcome with relief. “But his hearing needs assessing.  If he can’t hear, he can’t speak.  Speech is imitative.  My son was the same (conversational précis).”

The boy was beaming on us.

“Do you think it’s anything else?” she asked.   This is when you pray.

I said I doubted it, I am not trained but his eye contact is good, he interacts and he is clearly bright.

There was more, but she left me in no doubt that I had done the right thing.

It won’t always be as uplifting as that but we won’t know if we don’t speak.

3 responses to “Time to Talk”