I have never been a fan surrounded by the chosen image embellished on record sleeves and teacloth seeing film or performance over and again, shouting at the match, going weak at the knees in the street.

Quite early on I began to separate people whose physical impact I responded to from people whose achievement I admired, though I also came to understand that intelligence rendered much beautiful to me that wasn’t appealing to other people.

And I am an enthusiast.

Once asked what kept me young (apart from flattery!) I answered “rage”.
Did that mean I was always angry with people?

No.  It’s closer to the French sense of the word which means, among other things, passion.  Long ago. a very important man in my life with a temperament very similar to mine, remarked “People like us should be paid for living.”

At the time, I thought it was the height of conceit but I have come to see what he meant.

I like life.  The Jewish toast “L’chaim !”  (“To life !”) says it all.  I like some bits better than others, of course I do, but I never forget Auntie Mame (film, 1958) abjuring “Life is a banquet and most poor suckers are starving.”

Life is a series of doors opening on to vistas which shock and amuse, horrify and teach – and I want to be moved, churned up, made to think and choose and be rendered speechless.
Which is what happened when I saw a film called The Gatekeepers.

It is a documentary.  I am pretty guarded about documentary which has been eroded by the merchandising of the corporate brand, the rise of infomercial and reality tv. 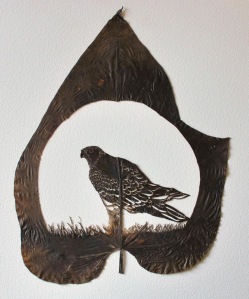 Throwing everything up in the air, avowing that “anything goes” results too often in less – less thought, less imagination, less impact.

But the Channel 4 series Unreported World shows that other people’s lives are quite different, often stranger than fiction, and that the difference is
interesting..

Other people make choices we don’t even dream of defining.

The Gatekeepers is about the Israeli internal security operation Shin Bet.

The film is short, subtitled and it goes on a small list of documentaries that – apart from newsreels – affected my adult life.

These include a film about World War 2 pilot Richard Hillary, one of Sir Archibald McIndoe’s plastic surgery “guinea pigs”, one about the jaguar in Brazil, one about the black rhino in SA’s oldest game reserve (in both cases for what they taught me about the humans involved, as much as the animals) and The Fog of War, about former Defence Secretary Robert McNamara under whose aegis the US burned and was burned in the wars of SE Asia. (By no means a complete list, there are lots of other influences but a psychologist would make hay with the importance of threat in my cherished perceptions.)

The Gatekeepers is an exercise in how exhausting decision making is.

Think what you like about Israel, here is a film, the length most films used to be and for my money more effective for its brevity, featuring as talking heads the men who have been charged with policing a small nation in a particularly vexed geo-political situation for 40 years.

You are invited to contemplate candour about pragmatism to such a degree as to render much of current British politics the consistency of cream crackers – familiar, useful, a bit bland, a bit brittle, forgettable. 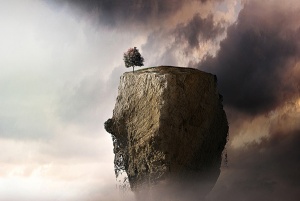 One definition of documentary is an assemblage of facts – what people do, what people say they do, which may deliberately or inadvertently tell
us the watchers something of what those people think.

How you put the facts together is immediately open to differing interpretation.

In a film, you can make things happen in an order or a way they did not, for greater impact.

You can argue that all the elements were true, you just arranged them.
Is that still documentary?

We used to say bitterly to one another, me and my film loving friends, that acted film was often more truthful than documentary but sometimes – in the exception that proves the rule – the structure and design, the setting of a documentary tells us something we did not expect learn.

It is not to do with my advancing age that I am aware of weariness.
I see what I see and you either grasp the emotional costs of a series of actions and responses, or you don’t.

I sat through three hours of Wyatt Earp (1994) to learn how tiring is the procurement of death in the pursuance of order, because however you choose to get there, the end is the same: too many die.

The Gatekeepers taught me much more in 95 minutes.