Derek (his real name) was 10 and I a year younger when we climbed up on a car trailer which tipped with our weight and we panicked.  He pushed me aside and my knee snagged on a rusty iron bolt.   I limped home, blood black through the skirt of my favourite green pinafore dress and my mother took me to Middlesbrough General Hospital, to what was then called casualty. I don’t remember much of a wait.  I do remember Staff Nurse Helen Coates, a handsome dark blonde, who said the wound would require stitches, and I’d need tetanus and local anaesthetic.  The injection hurt and my foot jerked up to clip the ministering angel under the jaw.  We apologised, she took it in her stride.

The scar on my right knee remains.

Some weeks ago, coiling the hose back through the flat having watered the plants at the front, I backed into a spade hanging from a nail, it fell and shafted into my heel.  In spite of immediate running water and antibacterial cream, 36 hours later the whole foot was what used to be called “proud” – dark, angry, hotly swollen – so I went to ask to see the GP.

She was on holiday (it is a busy practice.)  Although I explained what had happened, nobody offered me any advance on an appointment four days later, so having waited and hoped to be wrong, in fear of blood poisoning, I took a book, caught a bus and went to Accident and Emergency.

Getting signed in took time, even turned up my son’s name. Why was it different from mine?  Divorce.

Was I who I really said I was?  Not fame, the receptionist got the date of birth wrong.  In time, I was sent upstairs.

I waited four hours though a friend in the know said if I had claimed a head injury, I would have gone to the front of the queue.

When I saw the first nurse, a Nigerian, I said “I want a gold star.”   She looked at me.

“I want a gold star” I said “because I have not ripped the TV out of the wall and thrown it through the window and because I have not knocked together the heads of the two young people in front of me who talk just too loud to ignore.”

Grinning, she asked “Are you always like this?”   “Is there another way?”  I asked, grinning back.

I sat down some more, summoned eventually by Laeticia the nurse practitioner, who frowned over the form in her hand and asked me to stand on my toes.  I did so, supporting myself with a hand on the wall opposite.

“Take your hand down, stand on your toes” she said again.  It hurt but I did it.  “Good.  Well, if you can do that, you missed the Achilles tendon.”  I hadn’t even thought of that.  She told me what she was going to do and I heard a familiar inflection the voice so, as she went to the door, I asked where she was from.  She looked at me forbiddingly.

“Zimbabwe.”   And where in Zimbabwe?  “Bulawayo.  Why?”   I told her my first husband came from there.

And she gave a painless injection. 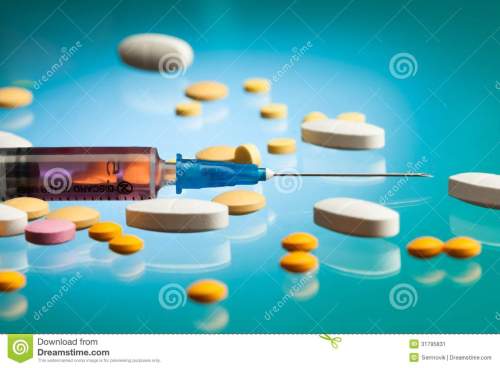 By now it was 10.00 and I was sent to a small window tih a bell where a young man took my prescription, told me he was dealing with an acute case and he would call me as soon as he could.  20 minutes later, he handed me the pills, ran through the notes and smiled.  I thanked him.  I thanked the woman who showed me the way out.

Everybody I met knew more about the procedure and the location than I did.  And there is no question that most of the people I saw could have been seen by their doctor.

But getting to see your GP is becoming increasingly difficult.

You have to book to be ill.  If I had waited four days to see a doctor, I would have been in trouble.  As it was, my foot and ankle were marked and I was told “if it swells beyond these marks, or it hurts or there is discolouration, come back here.”

I made an appointment, as per Laeticia’s instructions, to see the nurse practitioner, turned up and was told “No it’s tomorrow.”

And if you are in the surgery at 8.45 in the morning, why do you have to ring back at 4.00 to make an appointment?

You may wait in A&E but you are seen, the process of getting you better begins and you appreciate the NHS all over again.

The burden on the staff in Accident and Emergency is visible.

Are emergency medicine and general practice talking to each other?

One response to “Diamond Jubilee A&E”