Everybody has a dragon, some of us have more than one.

Setting aside its flaws, I loved the animation How To Train Your Dragon, partly because I like animation and partly because the boy’s favoured dragon reminded me of a pup of my favoured breed (English bull terrier).
But we all have invisible dragons.

“Lesson 342” in the title is hyperbole but most of us spend swathes of time trying to confront, rationalise, understand and either come to terms with or get over our dragons.

There is the dragon of speaking in public. 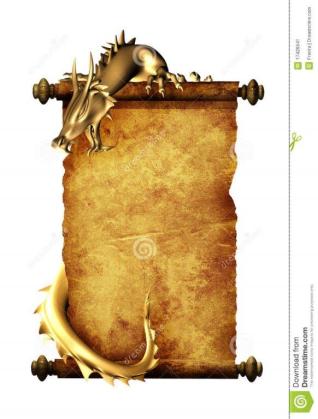 You meet intelligent interesting people, wonderful communicators, and ask one of them to address a meeting. There are those who do it and do it poorly – and bless them, they know it.
Or those who won’t do it because they know they can’t – standing up alone would paralyse the vocal cords.  This is a dragon of self evidence – you can get the darned thing to sit down and stop blowing smoke if you can get such a person into an interview – but asking him or her to do it alone will only cause the dragon’s breath to scorch the area.

There is the dragon of getting everything right – running round the house, clearing out corners, throwing things out of sight into cupboards, fresh flowers, fresh towels, straighten the towels, go back into the bathroom, check the loo rolls, straighten the towels again …
You have never done this?
Well either you have someone to do it for you or it isn’t your dragon.
This is a dragon of measurement: I am not sure what you are measured against, maybe against yourself.   Maybe against those untroubled interiors beloved of life style magazines but far from promoting calm in you, they make you very nervous.

I have a version of this dragon, which is to do with food.  Every time I cook for somebody I care about, I worry.   (And I never cook for anybody I don’t care for.)   It’s got less, because I try harder and worry less but that’s taken years.  Occasionally, checking once more through what I need and how long it will take against when he or she is arriving, I see a scaly tail whip out of the back door and smell unmistakeable brimstone.

The rule I long to live by is “never apologise, never explain”.  This is variously
attributed to the Duke of Wellington or the US comedian Don Rickles but wherever it came from, I haven’t the confidence or – let’s be honest – the social structure of a court or a political party or a definable group within which to take refuge.   I always want people to understand and if they don’t much like me – whether instinctively or because of something I have said or done – I feel that to be a failure and try to bridge the gap, only sometimes to fall into it bruising both knees and my less visible but just as bony self esteem.

Long ago it became clear that you can very often blag the big things but the little ones will get in there and irritate like grains of psychic sand.

I was invited as a filler to a small literary festival, all frightfully hail fellow well met, with a couple of colleagues, one of whom I don’t know.  No fee.  OK, that’s fine.
There was a misunderstanding about expenses, a lack of communication about how much time would be spent hanging about because of the vagaries of Sunday transport.
And audiences for a session across lunchtime are thinner, packed with friends.

But when you have three “performers” on a platform and a putative fourth in the person of the chair, you have too much going on.   I so envied the distance the unknown colleague put between herself and it.   I so envied the known colleague who professes not to care about very much.   I have a distance, but it’s different.  And I am stuck with caring.  I did not shine.  It hurt.    I came home on the train, alone thank God, save for Scaley with his head on my knee.

This morning I saw the star actress Cate Blanchett’s elegant explanation for the attributed claim to her previous lesbian affairs, only enquired into because the film she has taken to the Cannes Film Festival is a lesbian love story, with Rooney Mara.
It may or may not be true but her stance is that she was misquoted (heaven knows that’s common enough) and anyway – who cares?    Oh please can I be Cate in another life?

I wonder if she has a dragon?