“What to believe (and what to do about it)”

A story is offered to you one way, for example: Her Majesty’s long reign and sense of duty featured in a story about how every penny spent on her reign has been a good investment.

But within 24 hours, there is a cartoon in the same paper showing Jeremy Corbyn waving refugees into the many rooms of Buckingham Palace while the onlooking monarch comments (like Queen Victoria) that she is “not amused.”

Well did she do a good job or didn’t she and if she did, can’t we let her get on with it, the way she has for 60 odd years, with remarkable clarity of thought and consistency of action?

Recently the British Prime Minister – perhaps conscious of his government’s failure to deliver on its own policy of restricting immigration – referred to would be incomers unfavourably.
A week later, all change, refugees welcome. 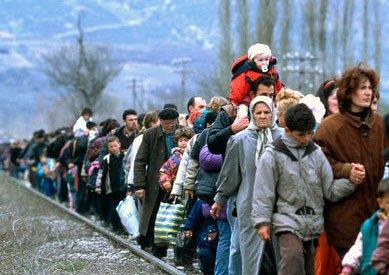 Heaven knows they need all the help they can get but may I respectfully ask who are we taking in and why?

It is spurious to choose one “worst” above another.
But being a refugee is the destruction of home.
War is a horribly messy business and the fallout affects more people and takes longer to play out, resolve and clear up than is imagined.
Peace is always a relative term

and as long as the fight was “over there” and out of your corner of the world, you might read about it but distance yourself from it.
Now we have wars ongoing simultaneously and all over the place.
So not surprisingly there are many people who can’t stay where they were born, they can’t eat or get clean water.   Sewage systems are bombed to destruction, disease follows.   There is a climate change implication.
And it is unsafe – is it ever!

As that exodus grows, it may sweep along with it anybody with enough energy to make the journey.
In a time when people are running for their lives it is spurious to theorise
about reasons for migration.   But there is no discussion of the system by which people are admitted to other countries, under what circumstances they are allowed to stay, what they will do for income while they are here.
Those who tell the truth will tell the truth and the rest will tell us what we want to hear.

So thank heaven at last we begin to discuss the nuts and bolts of the taking in large numbers of anybody, how it is to be paid for – alongside two stories which flag up immediate areas of concern, one about not enough doctors to work the hours the NHS has decided it requires (two doctors working in a panel that merits six and so far, unable to recruit) and another about class size (with a thoughtful headmaster setting the limit at 30 pupils per class and refusing to go above it).
But he is in a borough that will be taking in refugees.

Unlike Emma Stone, Bono or Bob Geldof, I don’t have a spare bedroom let alone a  spare west wing.
I didn’t need to see that poor scrap dead in the water to know what a gut-tearing miserable business mass exodus is.
But I don’t like the knee jerk reaction

“picture of a knee jerk”

in press or politics and I am waiting for coverage to discuss the process of settlement of those we are taking in because we couldn’t think of a way to keep them out (without losing votes).
There is public money for a year.
And then what?