Years ago I had a boyfriend who was a medical student (the charm of the devil and a major alcohol problem ) who used to refer to letting things happen as “sponting” as in spontaneous.

As I watched my German neighbour hit his bike before seven and said hello to the marine engineer (female) whose accent I still haven’t enquired into, I reflected that sponting is well on the way to being a casualty of modern life.
Unless you mark out time for it and the conditions are right, we live extraordinarily prescriptive lives – this then, that there, no much time to let things be.
Regular bulletins bemoan how children’s lives are being overly organised – distinct lack of spont.
And a friend with a beloved very elderly mother whose deafness limits every interaction remarked sadly “It’s the end of any kind of spontaneity”.
Saying things five times to someone whose wit and incision was a benchmark for your life is so sad.
We may be near manned space flight to Mars but have still not come up with a hearing aid that doesn’t just replace 65 layers of muffling membranes with 65 layers of the same membranes rustling loudly.

Try asking hearing aid users why they don’t use them.

Being spontaneous doesn’t mean you have to be a fool and wade in the fountain.
It might just mean that you do things in a different order, that you commit to time
in a different way.
After the new doors had been fitted to my flat and the painting was done, the heavy furniture was all moved so I spent the better part of two days happily vacuuming and sweeping and washing and drying (the sun was still reliably with us).

Getting things clean was lovely but doing it because it was there to be done – being spontaneous about it – was even more of a delight.

Beyond discovering spontaneity, it has to be admitted and sustained.
You make a change.  It may have been coming for a long time but you acknowledge it.   And then (as it were) you have to flesh out the new direction.
Or the change is forced on you and you have to face it, which takes you elsewhere than you have been before, psychologically or geographically, in time, in view.

Taking contraception as a given – though funding to Planned Parenthood is under major threat in the US – being attracted to somebody was a matter of spontaneity.
But the weekend paper was stuffed  (you should pardon the expression) with pages of women writing about orgasm and more pages in the colour magazine about the Old Sexy and the New Sexy – how you play it.  But I didn’t.   I never set out to be sexy, old or new in my life – I lie – once – and the basque may have excited him but it reminded me of being girt in hedgehog.
At completely the other end of the sartorial spectrum, I have a fond memory of sitting opposite the great love of my life in boots, wool tights, tweed skirt and heavy sweater a la Elle (then only in French) melting with lust and he reciprocated.

Do you really think that sexual spontaneity has much to do with clothes except as a kind of private joke?

Doesn’t that kind of self-consciousness threaten so many important intangibles – beauty, attraction, the moment (otherwise characterised as the encounter)  – which enrich life even if only in passing ?

I only met James Gleick once but I feel proprietorial when I see a pile of his books, now deservedly better known about than when I had a radio programme.
I feel the same about the success of Vincent Deary’s “How We Are” (Penguin £9.99) – |I haven’t read it yet but he was my guest more than once on a radio station that no longer exists.
And on Thursday of this week I shall be sitting on a platform with two professional actors reading poems by Di Sherlock, from the self published cycle Come into the Garden with which she made sense of the end of her parents and her home (link to http://omnibus-clapham.org/event/come-into-the-garden), Di whom I met on  St. Pancras station when I walked over and complimented her on garnet earrings, old gold sweater, grey trouser suit and Titian hair.
Spontaneously. 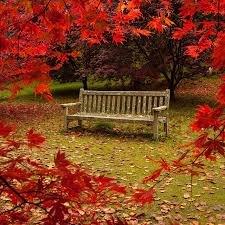