You know where it comes from ie the doctor hits just below your knee with a surgical tool and the reflex jerks the leg out below in a kind of kick. (Please don’t try this at home with a sledge hammer.)   It has come to mean when something plays into what I might call the top of the mind and we respond too fast and often, ill advisedly.   The actor Matt Damon

was quoted as saying he stays away from twitter because he is the sort of person who would respond one way and communicate that, then reflect and regret it – by which time (twitch time?) whatever it is has gone half way round the world.

One day this week I went up the road in the windy dark and as I rounded the corner, I felt I had stepped into a terrifying silent film.

I could hardly see the soundless figure, black on black, there were distended eyes in a wrecked face. There was shock – the man didn’t expect me anymore than I expected him – and my feet kept on walking, good old feet. Later that day, residents were leafletted with information about a Proposed Public Space Protection Order in reference to street drinking which is becoming a problem to people living and working in the area. The order gives police the right to confiscate alcohol in the street within the designated area, under the heading of our old friend antisocial behaviour.

I went to respond to the email address to endorse the idea.   And then as I walked back to the kitchen, I thought “ – And then what ? What do the police do with the offenders when they have arrested them ?”   Alcohol services in London and everywhere else are staggering, public money is cut, police services are strained and recalcitrant drinkers will find a way.   But the email address on the printed form was one of two errors and my email was returned.

And then I thought further, struck by Mary Dejevsky writing in the Inde about how she had heard Justin Forsyth, head of Save the Children arguing for the UK to admit a further 3,000 unaccompanied refugee children. The plea was cogent and generous, she said but far from persuading her, it made her unsure that anybody could resist. 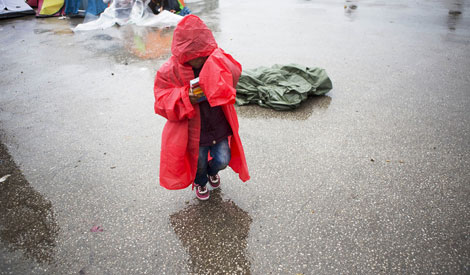 And that was what bothered her.

She went on to spell out how such good intentions could be abused, that parents might abandon their children to save them, and then reappear to claim them later – a legal nightmare and painful for everybody concerned. That the children we imagine would be young , vulnerable and as such, appealing – might not be so amenable. They might already have ideas very far from what we attribute to them. They will be displaced and there will be language problems, the root of more troubles that I can list. She pointed out that when the US made the admittance of unaccompanied minors mandatory, the numbers of those abused, exploited and killed on the way went up too.

And then there is the care these children will need – extra help, extra time, extra support, all of which will cost extra money – from a system staggering under current domestic demand. We don’t do well by many children in need in our own population. And, no matter whose children we are talking about – yours, mine, theirs, refugees – they need homes, care, sometimes special care, education and places to live, time and hope, all on a continuum. And policing in the best sense because the movement of a number of vulnerable children will bring the paedophiles and the abusers, sniffing about and employing all their considerable malign skills to accomplish what they want – a child without attachment, a child who can’t be heard.

It isn’t as simple as yes or no.   It’s a question how can we do it with the least negative impact – the very opposite of a kneejerk.