Do you remember May’s first speech

after she became Prime Minister ?   There was a change of tone, a different speechwriter, a newer warmer May.   A photograph appeared of her in her constituency with some Wolfcubs – jeans, jacket, windswept hair, big grin.   Didn’t last long.   What fool didn’t say to her “If you are not going to appear in the political debates, explain why not.”   Not everybody is good at everything. But never apologise, never explain is a motto for princes, not politicians.   Live television can cause the most confident to freeze or fluster.  This is unlikely to change without skilled assistance and much work – not everybody’s choice.   But don’t hide, don’t ignore. It is appalling that decisions are made on the basis of personality not party, party not policy – like the woman at the bus stop who told me she’d be voting for May “because she looks like a Prime Minister.”   But that’s where we are.

You can understand why Corbyn swayed the young, huge swathes of the forgotten, the disenfranchised, the marginalised: nobody else was speaking to or for them and every new outfit told them that the PM was on another tack, as a brisk, bossy, head girl.   There must be at least two ways to run a campaign – the old way and the new way.

Inevitably the business of government has to continue and money is not illimitable – so campaigns become a bit of the old and a bit of the new. And then it becomes a question of trust, tone, finger on the pulse, this not that, risky choices: one chance to get it right, disaster if you get it wrong.

When we have all finished scrapping like desperate puppies for the teat, the post European challenge is sitting there, waiting for us.   We are leaving Europe

and our famously free press has stoked the fires of disagreeableness so that we need a good negotiator who – hard or soft, blah-de-blah – above anything else is somebody who can use his or her brain to be courteous and practical.     The year we have spent in mindnumbing neutral, our European colleagues have spent getting ready.   9.30 next Monday morning would suit the rest of Europe. We go to it on 19 June and heaven knows who will be the frontrunner. May herself, undermined, tired out and never keen on the task ? Boris the barracuda blond ?   Amber Rudd or David Davis – because they are there ?   The terrible thing is that, given the players in the major political parties, is there anybody you’d want to do the job ?

I confess I gave up on the British election.   You can’t help what you feel and Paul Nuttall in my living room is a strain on my patriotism as well as my blood pressure. I watched instead the former director of the FBI James Comey 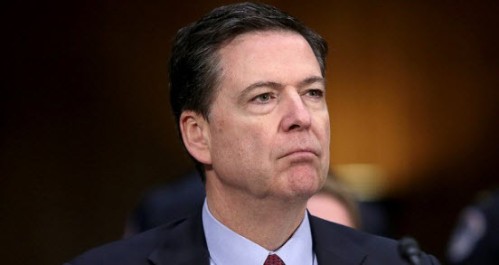 giving evidence to a Senate committee (15 Democrats and Republicans and one independent).   Relayed in real time, it was serious, thoughtful, time was given for replies, slips were made and questioned. If not conclusive, it was a long long way from The White House of the Donald.   Trump’s supporters including his lawyer, heard what they wanted to hear.   If President Trump says James Comey is an unreliable show off, so be it.   The rest of us were just fascinated by the process, by its seriousness and how those involved knew that it was, that the great unspoken was not whether Comey lied or Trump lied, but how much the Russians had infiltrated the system of prized American democracy

– which has serious implications for the rest of us. What was said that rang in my ears was that this was about the country, not the parties or their participants It was about Americans, not Republicans or Democrats – and while this may be a pious hope, it raised the game for the watchers.

When is one of our leaders going to talk about Great Britain, the United Kingdom, the country, the people and not the party ? Is there the legal possibility to appoint an independent negotiator ?     What now ?