Linda used to wear, among other scents, Caleche (Hermes) and Mitsouko (Guerlain). 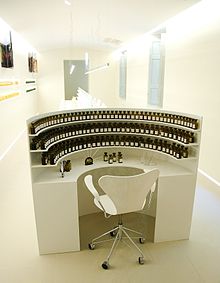 “A perfume organ in Grasse”

The trouble with modern perfumery is that it has discovered that synthetic fixatives – the thing that make the perfume endure – are cheaper than natural substances.   But they have changed the smell of the smells as we remember them.   Mitsouko wafted very faintly of chrysanthemum and I was reminded of it because I have ten great big bronze blooms in the living room. I buy them every year I can afford them (some years I couldn’t), they last and the centre, where the petals grow tightly, is exactly the way the hair grew on the head of the son of a friend.

Seth’s hair was a celestial fingerprint.   I cherish my sense of beauty but more than ever recently, because the world’s horrors come unendingly, funnelled through the news coverage, and there is only so much misery a person can digest before it leads to torpor and depression.

Which leads us to an initiative from HM government petitioning the United Nations to refer to “pregnant people” rather than pregnant women in case we offend the truly tiny number of transgendered who can reproduce.   So, let’s get this straight, at a time when women globally are still fighting for the right to choose to have a child or not, equal pay, parity in law, freedom from workplace abuse (dream on baby, dream on – as Tammy Wynette would have said), sexual slavery and domestic violence, and are beaten to death, scarred with acid, broken, (in Vivian Merchant’s life haunting phrase) “just flesh” – we are going to give up being called women.

I always thought woman was a fine thing to want to be and I still do. I have known some splendid women, starting with my mother. I have also known some deeply unpleasant people who happened to be female and no, I wouldn’t want to eat with them. Nobody’s perfect.

The title* derives from a speech given by a former slave, Sojourner Truth, at the Women’s Convention in Akron, Ohio in 1851.   I first came across it rather later in my life, my feminist reading being less than complete, and it moved me. In slavery, there may have been gender inspired division of labour among house slaves (women in the kitchen and the dressing room, men in the garden and the drawing room) but beyond that, work was work.   I remember my friend George Vargas speaking proudly about his aunt, “as good as any man” in the olive harvest. 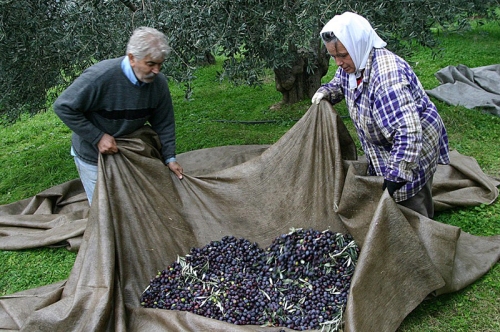 As a cash crop, you wouldn’t risk less than the best in the hard work of collection. I loved his aunt, taller than me, she and her husband watching me talk and asking George something in Greek. “They say you are like no English person they ever met” he explained. I asked him the Greek word for gipsy – tzigane – and said it to them. Shouts of laughter – their side of the family !

I don’t know what men say because I am not a man but among themselves, women may be heard to say “Oh, I sound just like my mother !”   And this can be the cause of anything from mirth to consternation.

At 7.00 or so the other morning, a man came down the road towards me, fine eyes and a bad suit, picking and flicking the contents of his nose into the street. For a moment I was lost for words but when I spoke, I was my mother, down to the inflection. “What do you think you’re doing ?” I demanded. “Your mother would be ashamed of you.” And I continued to stare at him which discomforted him more than anything I might have said. Just for the record – I don’t call this a man. Rather, a tall unpleasant child, thoughtless, uncaring.  And before you say “Oh, well, London … “ It’s a great city, London: it has, as it always had, problems with bacteria.

We used to have discussions about the difference between being female and being feminine and everybody has a personal view which is coloured by home, hormones, life experience, social mores, expectation, function and usage.   On the basis of the foregoing seven pointers, no question: I qualify.