As the door closed I knew it: the keys were on the kitchen table.

I have locked myself out twice before . Once I broke my own window and climbed in. Once a neighbouring gym teacher climbed over the wall and let me in.   This time, it was raining.   I felt foolish. I thought I might try to get over from the upper flat next door but when Sara let me in, she expressed her doubt and once I had looked, it was clearly impossible.   I waited till my upstairs neighbour came out to go to work, explained and as we walked upstairs she remarked kindly that it can happen to anybody.   I thanked her, looked over the wall – and again, impossible. 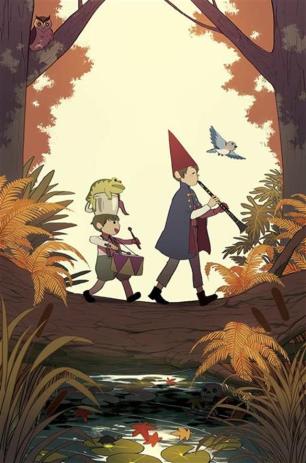 So I went up the road to Liz and Andy (not their real names), threw myself on their mercy and sat with hot tea and Iris who is not quite 2 and the dog while Liz rang Banhams’ emergency line and the locksmith was organised for less than an hour.   Liz and Andy are half my age, unflappable and kind, high powered in a deprecatory way, and I shall never be more grateful for them.

with a flat case like an assassin’s bag from which he produced a hooked stick with a tiny camera and various lengths which jointed on to the base at different angles, till he could put the device through the letterbox and open the latch.   He told me he had really enjoyed O2 going down – he didn’t have any calls for a whole day !

I was not up to much. It is strange how being out of my small sense of control knocked me for six. So I decided to give in gracefully, did a lot of domestic bits and pieces, wrote cards (apparently this is a woman’s thing – thank God for women) and went up the road in the afternoon to buy some essential.

Coming back I heard the whirr of electric saws and noticed two heavy plastic notices some yards apart on my side of the street, and a light rope cordoning off the same area. A tree which badly needed it was being pruned.

I saw a tall man (he turned out to be Spanish, I asked and shook hands) and thanked him for cutting the tree back . “Well we were “he said “but a neighbour of yours hit my partner. “ What?   “This lady came down the road, my colleague said please don’t walk on the path, we’re cutting the tree back … She picked up the rope and moved forward, when he put his hand out to stop her – she hit him in the face.” I asked if he was all right. “A bit shaken” he said “and we called the police.”   The other man turned up with an inch cut on the top of the cheekbone and another mark on the socket bone – how she missed the eye, I don’t know. I offered tea or coffee and Savlon.   I saw them again round the corner 24 hours later and teased them about the risk they were taking. “The police came, they were decent” said the man with the cut eye “but I didn’t prefer charges.” I stared at him. “Why ?”   “I’m better than that” he said. “She isn’t” said I.

The assailant is one of those women who dotes on dogs. This exempts her from ever watering a plant – a kind of blindness I don’t begin to understand. One of the signs of the newly gentrified street is often quite expensive trees and shrubs, bought for show, allowed to languish and die for the want of a drink or a bit of plant food. And heaven help you if some negatively interpretable flicker should cross your face as Bunface walks up the road with her herd of fluffies, one in a buggy.

PS I went to Banhams, cut a spare key to lodge with Sara. I’ll leave the climbing to Santa.