And as the number of the quantifiably ill jumps, so scrapping among the suits breaks out, on how to run it.   As if anybody “runs” a pandemic.

Yesterday the woman with the cart before mine in the supermarket announced, gesturing to several cartons, ”I’m not stockpiling really, I’m making cheese.”   I said I’d seen everything and within three sentences she said ”And we’re being told bad science. This is a virus, you don’t build immunity.   They’re just frightened by the figures.  No vaccine will be ready in time and if it were, it wouldn’t work.”   I asked her how she knew ?  She told me that she was in something that sounded related and I asked how old she was (the quickest way to sort out the sensible from the rest, especially when the questioner has white hair and wrinkles) to which she deferred with “Oh, old enough.  Deep dark secret !” adding that Taurus was in Uranus

which would affect the food supply.

A close friend emailed some information from San Francisco which was sobering but not surprising.  And I watched an hour of coverage thinking that the Middle Ages don’t know how lucky they were not to have had camera technology during the Black Death (can you imagine the closeups of exploding buboes ?)  Very little is known about Corona virus.  This is a smart bug. 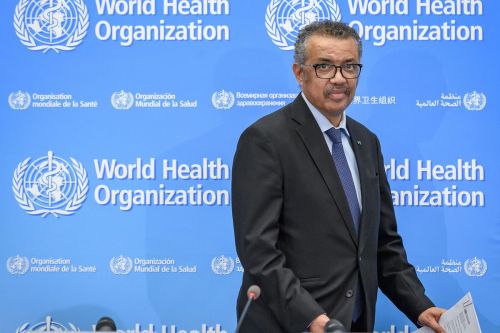 It learns fast and travels fast and we have been dilatory in realising there was a problem.   And as is often the way, the recognition of one problem reveals others.  Whoever would have imagined that the USA was short of respirators ?  Clearly this bug is unAmerican.

The most cheering thing I saw yesterday was a short interview with the retired head of the Royal College of General Practitioners, who had tested positive.  She said that the illness had been unpleasant and painful and she was – in my father’s old phrase – bloody ill.  But she was getting better.  She was however someone who was generally in health.

I watched the crowds at Cheltenham horse races wash their hands, stand in the open air and cheer while they could,

and several smaller football matches did the same thing.   The message from the Arsenal manager – saying that if cancelling football matches saved one life, it was worth it – may have been mawkish but it was good to hear.

I went to the shops, bought my bits and came home. I am only an example of me.  I live alone, few people visit, I avoid throngs, so I am in semi-self-isolation.  I wash my hands a lot but then I always did.   A neighbour reduced me to giggles by explaining how she had instructed a young man to make hand sanitiser and we agreed that wet wipes or cologne impregnated tissues would be a start.

Opening the door to put out rubbish, I encountered Frank the rough haired dach (star of the street long before Daisy was top dog at Crufts) 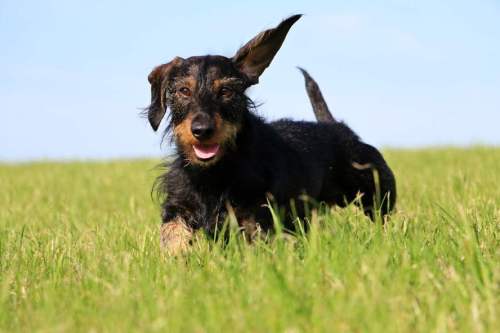 with Andy on the other end of the lead. To get a book back I went up the street with them to meet Liz who flew to give me a big hug (enthusiastically reciprocated) before standing back to say ”I shouldn’t have done that should I ?”    She told me that she had taken her baby son to the GP surgery.  There were four people waiting when a woman arrived, clearly unwell, her voice rasping, and said to the receptionist “I have Corona, please help me.”  Everybody froze, the receptionist told her to go home and call III but she said she couldn’t get through.   The receptionist told her to leave.   And what are you going to be told?   It’s a bug, it’s a bad bug but it won’t kill you unless it’s your turn.

It only took a pandemic to get all of the tills into use at the checkout and a watchable film on terrestrial television for Saturday – that’s next Saturday, we should live so long.

*what Sonya says we should be singing