Here is good news.  When eventually the  extended family plus friends over the back from me  finished  playing music I wouldn’t play and drinking drink I wouldn’t drink, the air cooled

and I had a delicious quiet dark hour in which I ate something I enjoyed and watched the best episode of Hetty Winthropp Investigates I have ever seen.   Small pleasures ?  You bet.  Grab them while you can.

Last week after I was told that my right eye has begun to lapse into wet macular degeneration, I was telling a phone friend, an elderly gay man with his own health problems, who likes the telephone as much as I do.  And he spontaneously offered to help out monetarily

if I wanted to stay in the private sector.  I don’t (it’s beyond contemplation) and I wouldn’t take his money because I couldn’t repay it – but oh the thought was lovely.   As good as a reality.

I really cherish my friends – to which too often the stock response is  – “Oh but you must have lots of friends.”  I don’t.  I don’t because I am a pain to all who know and love me, and because friendship is the highest order of relationship.  I don’t call everybody I know a friend.  I am pretty stingy with the term and even in friendship,

it is a matter of degree, and acts of kindness.

In the terribly overrated sweaty heat, I went self consciously into the supermarket with my hair loose where Shirley said “I like you with your hair like that.   You’ve a lot of hair haven’t you – it’s quite thick …” and I told her yes, nearly as thick as the head it’s on, and she laughed as if I had made a good joke.   “I’ve never known you “ she said “when you weren’t cheerful.   You’re always positive, always smiling  …”   She should only know.

This is not a rant.  We can all rant but beyond letting off steam, it gets us nowhere.  There is a lot wrong, I’ll spare you the list.

The competition to see who is having the worst time is invidious.

News media – responding to all sorts of pressures including the basic one of keeping your job – promote, investigate, play down and shelve stories.  We are the consumers.   We accept versions of the news – in papers, on radio and tv, via internet, locally nationally globally but always politically.  Which is why the shattering of the last intact ice shelf in the Canadian Arctic only made Page 45 in The Times: the paper is owned by Rupert Murdoch who is not in sympathy with the current concept of global warming.

News stories go in and out of focus, depending on who needs what to happen when.  Vested interests, who’s running which bit of the show …

Robert Fiske wrote Pity the Nation but I couldn’t read it with any understanding because of the complexity of the Lebanese situation, summed up in the aftermath of last week’s explosion in Beirut as having to contend with 18 separate recognised groups.  Add consensus as rare as hen’s teeth to galloping corruption, goodnight nurse (one of my father’s phrases).

And when you look at the geographical position of Lebanon, adhering to the eastern end of the Mediterranean, bordered by Israel, Syria and Turkey, you are reminded of those seabirds you see clinging to rock terraces, ready to die.

Every so often, you get tired of being sensible.  I love good bread, hard cheese and red wine but – noticing the inevitable tightness round the waist and general blurring of countenance – it was time for temporary banishment. They can come back later. And by the same token, I tired of wearing the sensible lace up trainers for which I am usually grateful,  so this morning (as my mother would say) I broke out in a fresh place, floating about in a vision of slate blue top, olive linen pants and espadrilles covered with silver sequins.

It’s not an accident that I’ve quoted both parents in this piece.  Both parents did well by me.   They taught me to look for the good and the helpful and the beautiful and to celebrate them, even if they  came in the tiniest and most ordinary package. 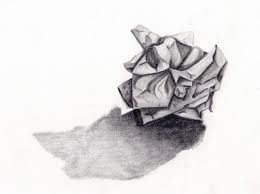