tales of the time

walking single file up the other side of the street, 7.15 am, I’ve just been to get the papers.  The leader calls “Good morning, miss !” to which I reply “Good morning.”   Two more steps.  They are all black, there is a Black Lives Matter meeting scheduled.  “Are you going to the demo ?” I ask.  (Wrong word, should have said “protest”, took a moment for them to progress what I meant. Language changes.)  “Yes” replies the leader and the other two nod.  There are two girls walking behind them, in warmer coats, it’s chilly.   “God bless you” I offer.

Three big grins, “Thank you, miss, you too” and the girls smile and wave.  They walk on and I go home.  Why did I say that ? 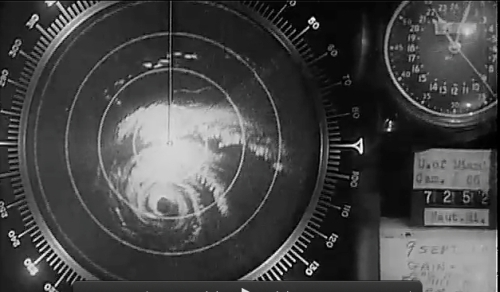 and the loss coming out of a raid during which her boss moved her aside and called to various aircraft, without response, one after the other.  “God be with you” he signalled.  Still makes my back thrill.    What else can I wish you that’s big enough, gentle enough, disinterested enough to make you understand that at least some of the way, your walk is my walk.  We are human and some humans find any difference, visual, audial or behavioural, unsettling.  Not me.

Then there’s Hull.  Tall, 50-ish, coherent round terrible dentition, he says that’s where he comes from and I have given him modest alms for a long time now.  I prefer to give money to a person rather than a cause unless the person can embody the cause like the Salvation Army or collectors for lifeboats.  It is Saturday morning, the store is busy and there is my friend  Bertha the Battleship, tall and broad, and in the  swift greetings – she is working, I am leaving – she notices that I am fishing in my purse.  “You’re not going to give him “ she indicates with her head – “money, are you ?  Anna, please don’t he’s a dealer

“ and she launched into the story which is unreasonably hurried because of where we are and muffled by her incongruous pink mask.

Bottom line, I have known Bertha for years, she has never lied to me and yes, there have been other things where I’d know, I can check.  I know where she lives and her telephone number – I can ask again.  I’ve been suckered.  How would I know he’s a dealer ?  He’s not going to wear a badge.  I have always found him surprisingly clean and well nourished for street life which is often characterised by muck and lack but I have been snowed by his address and an unwillingness to think any further.    London 2020: the dealer outside the supermarket.   I feel a fool.

While some of us (I decline to fall into the modern thing of claiming “all”)  waited with excitement for the BBC to give us another dose of JKRowling’s Strike (shrike would be better), it arrived as curate’s egg.  The tv reviewers I read are women and they both lay into a script with another “emotionally inept” male character though the actor is attractive and talented.  What about the female lead ?  A supposedly intelligent woman marries unfeasibly (not enough screen time/character development – and you’d only mess with my telephone once) in the teeth of attraction to her boss and her job, under pressure from her mother, to wind up seeing  one of a series of therapists, without insight into why the situation has caused insomnia and panic attacks.   Not as bright as you think you are, then.

I like the actress but Sarah Bernhardt couldn’t convince me this character knows her elbow from the other thing.  Another ditzy leading lady, all surface, lacking substance.

There was pizza delivered down the road – if you don’t answer the door, it is left on the step, so three large, two small were all over the pavement.  I went home for my gloves, and put everything into a bag, safe from pram wheels and dogs and discovered foxes don’t eat olives. They had happily torn at the edges and the middle but olives are not vulpine pick of the week.  It quite cheered me.