My first response to a telly appearance has long been “must get my hair cut, must buy a bra”.   You can fake the clothes but not the foundation.

Although having a bra properly fitted is sometimes the subject of an item to promote this label or that endeavor, too many public women think it couldn’t apply to them.(A notable exception is Celia Imrie in The Best Exotic Marigold Hotel, bras nearly as outstanding as the bosom they brace: could we introduce her to the Duchess of Cornwall?)

But I didn’t want to change my life for ten minutes of TV and you don’t have to be famous to change your image.   So, whereas my past was characterized by short dark hair, trousers, flat shoes and no trimmings – I went back to the camera with lengthening hair, a mistletoe green dress, high heels, fishnet tights and jewelry.

Of course you are driven, knowingly or otherwise, by the prevailing “look” and the one that appeals to me is what fashion writers call “channeling the Forties”.  This maneuver involves finding those bits of what is fashionable that you can carry without looking ridiculous – plenty of those around.

And my hair is grey.

Although the hair colour market is booming, you rarely see hair coloured well, naturally or imaginatively, and secondly, maintaining it is an ongoing expense.

I only remember one woman in the public eye with long grey hair, a house model and then directrice of the designer Christian Lacroix.   She was Polish and a one off, delicate and exotic.

Brilliant though he was, Lacroix’s couture house failed to flourish financially and she vanished, I hope to happiness. I have had favorite models since I was about 12, not that I ever looked like any of them.

And grey is one of my favorite colours.

It was Pedro, a small handsome Basque of my own age who, when I was still colouring it, said (heavy Spanish accent) “Darling, we must do something about your hair, it’s too dark, and you look as if you’re peering out of a black bin.” When I asked what to do, he replied “Is a beautiful colour underneath.  Grow it out and then we’ll see.”

In those days my hair grew fast (any growth slows as you get older) and six weeks later, after being cooed over as if I were doing something important, it was grey.

Women have come full circle from 50 years ago when hair dye was the colour of the sexually forward, the film star and the jet set.    Now “everybody” colours their hair (certainly in media) which too often means “if you aren’t with us, you’re against us.”

Your hair is your hair, mine is mine and I agree with my father that “just because there are more of them doesn’t mean they are right.”

Of course there are days when I look at myself, remember 20 years of that foolproof short cut and think – mad.

But then I recall that the last twice it was really short, I looked like a suspiciously overfed Buddhist nun or, with the spectacles I have worn forever, an American show business dyke.

I have known both and liked the ones I met; I just don’t want to look like either.

Most reactions have encouraged me – Norman and Nicola in my favorite pharmacy, various friends, a former Vogue editor, a photographer I encountered – but one friend set his face against it and when he had at me for the umpteenth time, David Crosby’s song floated back to me:

Happened just the other day

It was getting kinda long

Could have got in my way

But I didn’t – here’s the reason why

It makes me smile to be 68 and think that I might belong to a group labeled as something other than OAP, Silver Surfer or Grey Pound – though I would love to be a cougar, the ghost cat, not the group. 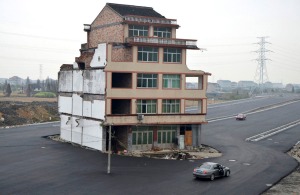 4 responses to “Almost Cut My Hair …”