The phrase “The People of the Book” (ahl al-kitab) – the connection between the Jews, the Christians and the Muslims – has another resonance for me because I like to think of myself as a child of the book.

Books sustained me through my childhood illnesses, fed me ideas, conceptualized for me, comforted me, made me think, weep and roar with laughter and offered me some subconscious idea of stability.  The motto of Rudyard Kipling’s mongoose Rikki Tikki Tavi is “Run and find out.” 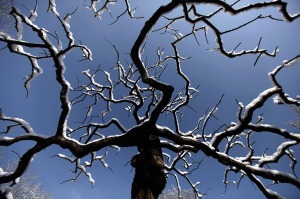 I did much of my running through books.

I do not keep every book that comes into the house.  I sort and recycle regularly.  There are things that pass me by or I can’t read, and others that I just have to have around me for that 2.00 am “I’d like to look at” feeling.

And I become wildly enthusiastic when a book shows me Something Else, Something Other – like Let Our Fame Be Great by Oliver Bullough, about the peoples of the Caucasus.

Because you must know that history has favourites and then it has gaps: history we all know, at least know of, and history that has been forgotten, shelved.

Bullough’s book seized my imagination to the extent that it is the only time I have ever buttonholed a BBC producer whose work I had admired and begged him to read it.

I am not at ease with the computer, with anything about it – the screen, what I can get it to do.  I am scared of it and have to be talked gently through it as befits a Luddite.

But my son taught me that, if you target the question, you can get an answer.

The first time I did this was to find an English academic on the faculty of an Australian university, who had written a book about three of The New Yorker magazine’s most famous cartoonists.

I found him, I emailed, he replied.

Recently the mini edition of The New York Times enclosed in The Observer offered pictures of artifacts thousands of years old from the borderlands of Persia, west Afghanistan, north into Kazakhstan – mostly animals, beautifully worked by the largely nomadic peoples of the area.

As is often the way, things you have never thought of shake the eyeballs and the heart.

Years earlier, I fell in love with Inuit art the same way.

I emailed the Institute for the Study of the Ancient World (New York University) saying there must be a catalogue, if I prepaid – would they send it?

Back came the reply saying it’s out from Princeton Press at the end of the month.

Then my delightful Libyan neighbour went to get on his Vespa to go to work as I came through the doorway, clipping in hand, saying “You’re going to think I am mad but you must see these things, they are so beautiful …”

“Oh” he said, taking the cutting, registering “they are lovely” incredulously “they are how old?” while I told him where I found them.

We looked at the details of the exhibit.   “I shall be in New York” he said “I shall go.  How did you know this was one of my great enthusiasms?”   Would I write down the details and put them through his door?  I did.  And then I emailed my son.

“Rude question: have you got my birthday present?  If so, no harm done.  If not, I have found something knockout.”

He rang to ask what and I told him the story.

About half an hour later, he emailed “It’s ordered.  Don’t bother ringing to remonstrate, it’s a busy day.  Talk later.”

The book arrived within a week.   I still don’t know how, he hasn’t explained.

And the images are exhilaratingly strange and wonderful.  there is no written record, very little is known except by deduction but importantly the long held judgment that a society had to be settled to produce to such an artistically high standard has been shot in the foot.

Why did these remnants of turquoise and gold and jade and wood, horse harnesses and votives, jewelry and charms appeal to me so viscerally?

I have no idea.  In the back of the head are “more things in heaven and earth” and I trust my nose.

Run and find out.

And the screen brought me closer to the print.

One response to “Screen/Print”