When Johnny Greenwood’s music track for We Need To Talk About Kevin was nominated for Best Original Film Score at the Ivor Novello Awards, I hoped it would win because it was remarkably effective while playing its part in the film.

Music used to be part of the soundtrack.  I know that music is only one kind of filmic sound but it was part of the whole cinematic experience and how sight influences sound and sound back again is always interesting. 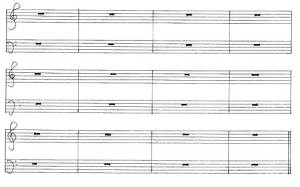 For many years, there was a recognisable repertoire of musical themes which cued when the “baddie” was creeping up on his next victim, when the lovers declared their feelings, when the cavalry came.   And though we might deride them, these musical messages were pretty effective.

Increasingly music has been used in film and television programming as it is in shops, as white sound, to lull us into unthinking acceptance, to reassure us that what we are seeing isn’t so bad (in any sense) as we think it is because – listen ! – here comes that song again.

An early example of music out of its groove would be “The Go Between”(1970), a film remarkable in equal parts for physical beauty, psychological bitterness and musical bathos, this last enshrined in a repetitive tune of such irritation that I never saw the film all the way through, only in bits on several occasions.  The music track was like chalk on a blackboard – worse, counter-productive: eventually, I didn’t care what happened; I just wanted the music to stop.

More recently, having read a congratulatory piece that touched on the making of David Attenborough’s latest BBC series, the integrity of the team, the skill of the cameramen (fabulous above all else), DA’s invaluable hand on the project tiller, and on, I tuned in to watch.

The music annoyed me so much that I tried turning the sound down and missed commentary.  I did this several times, counseling my soul to patience, until at last, awash with unnecessary musical cues when the wonder of white universe was all I wanted to think about, my thoughts interrupted by musical signals that told me when to laugh, when to cry, when to catch my breath in wonder – I gave up.  Here’s hoping the makers sell it wide high and handsome.  But the use of music in that series is less about art and more about propaganda.   And it is the music that offends.

I watched DA’s one off programme about the giant egg he found in Mauritius.  He was wonderful, it was wonderful and the music was under control.

The over use – abuse? – of music in film is wrongheaded.  Either that or it is shrewd and knowing in the worst way.

For example, we are going through a phase when many wildlife documentaries increasingly focus on a presenter (though when the presenting chores are shared it works better).  When it’s one face to camera, we start with a double bluff – “Here am I, all by myself in the Cascades, looking for bears” says the presenter – but you and I know that, if this is being filmed, there is a camera team out of shot doing the filming. 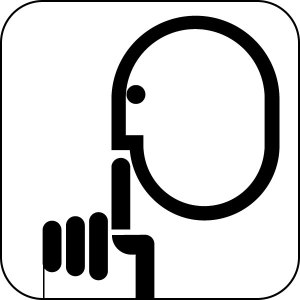 Otherwise, how could pictures of the location, the presenter and the fauna be combined?   Cue – emollient music, to bind everything together and make it seem all right – here is a baby bear, there is a thunderstorm, this is the road back to where most of us live.

Real sound (wild sound) and the sounds of silence remain incredibly potent because they pull you in, closer to the image, they spare you less.

In “Le Fils” (by the Darenne brothers)  which is short and tight, there are only natural sounds, of shutting doors, of nails drumming on a surface, timber being piled, the rustle of money.

While in Paul Haggis’s undervalued “Valley of Elah” (biblically, where David slew Goliath) the sounds of the “real” world (the click of a light switch, cigarette wrapping unfolding noisily in the dead of a sleepless night) marked time in the story, the slow discovery of what happened to a missing son, his death at the hands of his brothers-in-arms and why no-one wants to know.

And maybe the enormous success of “The Artist” serves to underline that in a world of noise, even musical noise; silence still has something to say.

4 responses to “Noise and Music”