I came late to the Nordic Noir craze.   In the first place, I have to be really keen to watch subtitles on TV and I would never have got to Wallender if I hadn’t see Kenneth Branagh in Wannsee and Rabbit Proof Fence. 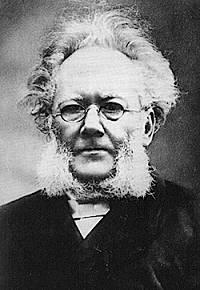 The Swedish Wallender was different again and though I admired it, I wasn’t gripped.

After an initial resistance to The Killing (brought about by bouquets from every direction, the Faroe Islands sweater, and, I admit, a bad case of the kind of nose wrinkling that says as soon as you try to tell me how wonderful something is, I find to the contrary) I watched the whole of the second series with enthusiasm.

I liked the lack of light, physical and moral, and was drawn to an odd, awkwardly beautiful leading lady playing a character I could admire, not least because she looked like a woman who could do her job (i.e. flat shoes, pinned back hair).   And her job was to sort things out, however temporarily.   So – anti-social, driven, occasionally (hooray) mistaken – she became a force for good.  The endless delineation of horrors – whether social, aesthetic, psychological or whatever – just depresses me.  Yes, the world is often tough and ugly.  It always was.   And Sartre’s smart crack about hell being other people too often stops you looking at the fact that you are one of them.   So, for the main protagonists in such dramas to appeal to me, they have to try and ameliorate matters.

Watching Borgen (The Castle) confirmed that I was less interested in a fictional representation of politics than in the enactment of politics themselves.  The balancing act between the personal and the professional became ever more difficult to locate, though the relationship with the press stayed sharp and clear.  The whole was beautifully integrated – shot, lit, written, played and edited.

Then BBC4 launched The Bridge and I didn’t care. 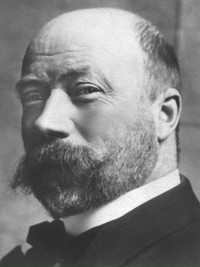 If there is a savage god in television, it is the success/repeat/success/burnout syndrome through which whatever you like is pushed into duplication too fast, destroying everything you admired in the first place.   Theoretically it’s slash and burn so that the crop grows ever richer but in practice, it rarely works out that way.

Forget the New York and Miami spinoffs, the CSI mother ship is a perfect case in point.

Everything – characters with enough unexpected back story to be interesting, imperfect people doing their best, a group who liked working together though there were frictions and sexual intimacy was atypical, a picture of science as benign and useful, the endless discussion about where, when and if to be personally involved, how much and when to step back – that made is groundbreaking is now gone.

And everything that was new in the run of Scandinavian thrillers is now familiar – the oppressive sky, the misfit characters, the insomnia.   Oh dear.  Same old, same old.

Literally incredible is a female officer of any nationality who begins every action by hooking her hair schoolgirl fashion behind her ears.  The current range of clichés for female leads is that they must wear skintight pants and boots, are even (gosh) occasionally bra-less but they must have long floppy free flowing hair.  I saw two actresses I admire the other day – both American, one mid forties, the other ten years older, both with immaculately coloured and coiffed hair halfway down their backs – both playing senior police officers and both looking pretty silly.

And then there’s the serial killer, the sort of fake heart of a series because he runs to little logic but his own – presumably why writers love the idea, freeing them to react against the certainties not to say predictabilities of the genre.   But this is done so often now that it is more unusual (and requires more skilful writing) to feature less extraordinary people.

Whenever you watch a series, you stay with it because you want to see where the story is going – that’s the pull of “next week” – and similarly there is a moment where you give up, because you have worked out what is going to happen – or you don’t care.

I gave The Bridge “three strikes and you’re out”.   Couldn’t turn Southlands off.