When my second marriage broke up, I was in my fifties, in the very place I had encouraged others to avoid.

But there was no hope for it.  He shipped out and I wept. 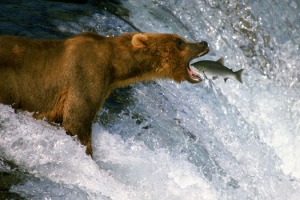 Over the next couple of years (heartened by an article which said in sum that the first 12/18 months are the worst), I sold everything that wasn’t nailed down,, fought to keep the family home while my son was in university, then gave in and sold just as he graduated.

The worst thing was I had given my best and if that wasn’t goo d enough, what could I do for an encore?  I wore out friends and goodwill whingeing about this but I came to see that there was one thing I could do.

Of course I had cooked for years, serviceably and plentifully, occasionally even well, but I didn’t think I was good enough.

And I couldn’t think of any reason why anyone would want to come and see me – unless I could feed them, an idea which must have come from the adage that “the way to a man’s heart is through his stomach”.

Food is a social medium.

So, invoking the names of my culinary gods – Boxer, Roden, Slater – I made something I had never made before, fed eight of us to enthusiastic satiety and never looked back.

Bread and salt (for those who don’t know)

I do miss the company of men and no, I am not being coy.

As a small child I sat among rows and rows of men and boys while my father emceed swimming galas and boxing.   I have great women friends, great gay friends but I miss being friends with men.

When, after a gap of 30 years, I met up with my first husband, a genial madman with whom I do much better now that we are just friends and older, I offered him dinner.  And it soon became clear that a meal in, not out, with food he could eat rather than invoking a list of gastric sensitivities, a bit of special without the ceremony, was something he really enjoyed.

So when he comes to London, he comes here.

Fine for me, he’s on my territory.  Fine for him, he can talk without interruption, and he does.

So is it perhaps time to offer membership of a rather select club?

Because I can think of three men I would like to invite to supper, not dinner, not fuss, not candles and The Big Make – just three men I think might be happy to have a safe house in London with clean towels and a square meal. 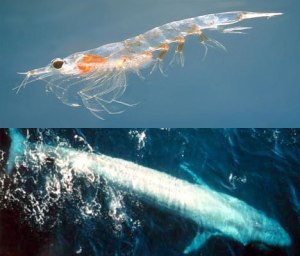 Whale vs krill – no competition

First is the MP Tom Watson, appealing in his battered dignity and with the invocation of “Assume the worst“.  I want to stop him eating too much of the wrong stuff in the House of Commons canteen, on trains bashing up and down the country and know that this is a News International free zone.

I have heard him speak on TV where he struck me as rather shy but that may be because being a man in adversity is one of the most troubling roles you could ever be asked to play.  Men are supposed to triumph, not just survive, and they are supposed to know and accomplish by osmosis, not study.  It’s much harder to be a man, I think, but then I am not one.

Then there is Nick Freeman (Mr. \Loophole) a lawyer famed for getting his well known charges off their driving offences.  I need nothing from him – I don’t drive – but he is recently divorced and has lost both his dogs.

The dog sharing the picture I saw of him is a Staffordshire bullterrier and if he likes them, we’ll have instant rapport.  I have an affection for the much maligned bull breeds.  And I warm to opinionated men with a soft side they take pains to keep private.  Which is why it stays so, and the public carapace is used to protect it.

And then Russell Howard the comedian who often makes me laugh.  He says he has a lazy eye and people too often think he is arrogant or fed up.  I have never noticed the lazy eye but being “on” all the time must be wearing so he could come here and be “off”.

I realise this is all open to misinterpretation but that tells you more about yourselves than me.

Food and conversation are great pleasures, friendship is a greater one.

One response to “Guess who’s coming to dinner …”