I was late leaving, I pushed my hair off my face, up in a big clip.  It was colder than expected so I put on a raincoat and a scarf over clothes I had had to add and raced off for the bus.

It was backed up in traffic lights, a short distance away and without thinking, I did what irritates me when other people – particularly other women – do: I made an abbreviated ineffectual gesture with my left hand, a sort of half hearted wave.   I don’t know why I did it, I can never see the point.  You want to stop the bus or the taxi?   Do that thing.  Having learned how to put up my hand at school, the course was completed hailing taxis in New York a couple of years later.   If you don’t make an assertive gesture, you are likely to be ignored.  So when the bus started again, I repeated the wave I usually make and grinned.   The driver pulled up, an Asian man in his forties with glasses and a wedding ring.

“That smile lit up the street” he went on, grinning himself.

So I said thank you and began to think. 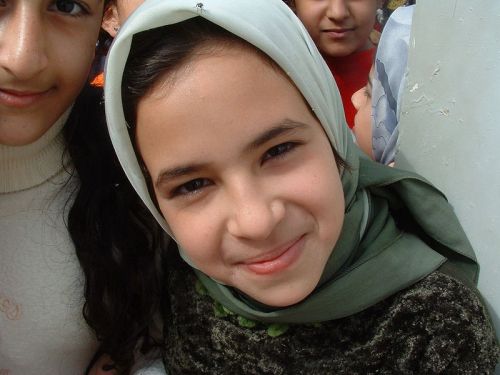 I remember Linda coming back from visiting her home city where she had met a former swain who said he recognised her by her teeth – which wouldn’t have shown if she weren’t smiling.

And once upon a time, a very much younger Queen came to Teeside where my father (commandant of Special Constabulary) was on duty.  Majesty emerged from the Town Hall, Pop was on her eyeline.  He saluted with the full flourish of an old soldier and she released on him the full wattage of the Elizabeth Windsor Beam, a smile we have seen down the years, when she is pleased or tickled, the first drink of the evening is a bit nearer… or when her horse wins.

It is a smashing smile.

The school song at Whinney Banks Junior was called Smile, words as follows:

When you can’t say a word

When you cannot be heard

You can smile when it’s cloudy or grey

You can smile any time, any day.”

The first comic I ever took (“Girl”) explained that a frown used 150 muscles, smiling only 15. 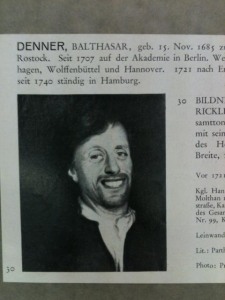 Though a smile can lock you out as well as bring you in.  There is the guilt smile which means “I don’t like you, don’t ask me I want to be out of here.”

There is the misinterpreted smile as in younger person smiles at older rake of either sex and is immediately thought to be in some way available.

Or the nervous smile as in “Oh dear, I don’t know what to do – help!”   This is less a real smile than a showing of teeth, an animal grimace meaning “don’t be afraid of me.”   And there is the rictus, the frozen grin which means “I don’t understand, I feel terrible but this is the least charged gesture I can make.”

Smiling is out of fashion.  It suggests connection and lots of people prefer their connections through a technological colander.   For many, a smile is something you only offer in a defined context and I am weary of women of the ages of 40 and on, well heeled, fashionably dressed, apparently with men, children, cars, holidays, jewellery and health – and not a smile to bless themselves with.   Oh, they will look you straight in the face – but you haven’t been introduced, they reason, so why should they smile?   Just such a one moved in up the road.  I passed her as she was unloading from the car and smiled – all purpose good nature.

Six weeks later I saw her again and smiled again.

“Do I know you?” she enquired, shades of those ladies of the manor portrayed with horrid accuracy by Penelope Keith.

Of course I don’t know what is happening in the lives of other people.  Yes indeed, they may just have been told of deep unpleasantness and my smile may be inopportune or worse, read as superiority in their time of trouble – but there are entirely too many people for whom a smile has to have a reason – winning a contract, making an impression, beginning a social dance – whereas I think of it as a reason in and of itself.   Almost everybody looks better when they smile and in a world often both meteorologically and economically grey, it’s a cheap fix, without obligation, so far untaxed.