There is a lot of building (redevelopment?  refurbishment??) going on round me, probably because I live in one of those areas in London where people can still afford to buy.

So, sadly, we are suffering from relentless gentrification whereby the well-heeled and/or still in work buy or rent from what we used to call “the lower orders” – the unpublicised losers in our society, the working poor.

Across the road is one of several examples of buying a late Victorian/Edwardian house and gutting it.  Breaks your heart.

But the men doing the work are agreeable and that’s a bonus.  They greet me and to their undying credit, they don’t add an endearment. 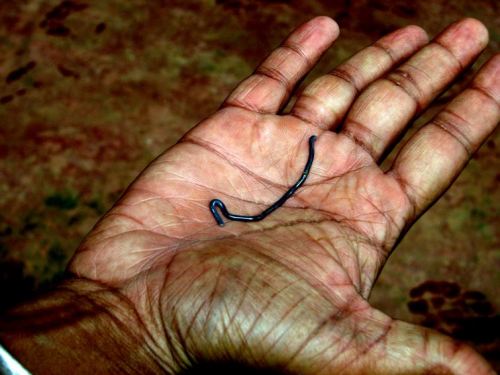 For the last several mornings, skip disposal has arrived at 7.00 or so but this morning, there was a different kind of noise – like shouting but with a laugh in it.

On my way to the bin, I saw a tall man with glasses speaking excitedly into the ubiquitous mobile while a younger man looked on.  I asked what was the matter.

“I should call the council” I said.  “They usually take about three months.”

“There are no poisonous snakes in Britain” I explained.  “It’s probably a grass snake.”

“I don’t know” I said, beginning to laugh. “Maybe it’s albino or immature, maybe it’s a glow worm.  I don’t know much about snakes.   Is it in your way?  Where do you want it?”

“Look” he said as it coiled and reared “it’s going to strike you.”

Heaven bless Marigold gloves.  I am rather scared of snakes but I have seen enough of The Deadly Sixty on children’s television to know that I have to grasp it behind the head with one hand and just above the tail with the other.  If I can’t feel it, I can distance myself from the fear.   I only managed to touch one once when a friend from the Peace Corps turned up with three pythons of varying sizes – I didn’t like the sensation –  and then I was chiefly worried about the cat whom I could see was a frightening focus of attention for the snakes, if not a finally a meal.

So I picked up the snake whom I referred to as George Osborne and we put it in a bin with the lid on.   And the tall man with glasses started calling the RSPCA because he wanted it released where it would be safe.   I hoped we’d be safe too.

“If it’s in your way, I could put it in a plastic bag” I offered.

“And I used to have a girlfriend who had a ten foot Burmese python, I used to walk round naked with it round me.”

I caught the eye of the younger man who had been watching all this, who grinned wisely and developed something else that had to be done.

“And anyway I believe in the God” – interesting turn of phrase, only common in more imaginative writing.  “And karma.”   Fine.   “But you’re a brave woman …”

This is nothing – I think – compared to sharing my flat for five days with a hysterical squirrel (whether hysterical by temperament or just because it couldn’t find the way out, I am not to know) for which I still have trap, lure and gloves from thetrapman.com and, once it had defecated everywhere and hidden, I lured out through lack of water and flaked almonds.  The kitchen window was open, an old towel wadded to make a bridge and the nuts led out.   I went to lunch praying and it left me.   A bite from a feral animal is not high on my list of things to do. 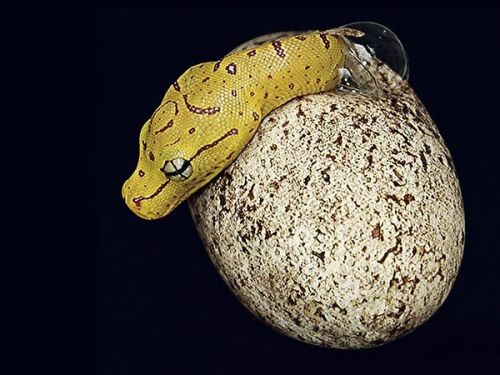 Poor snake, perhaps it had a problem …

An hour later I hear that it has been identified by an expert as an African king snake, quite venomous – though as my enemies will tell you, had it bitten me – it would have died.

One response to “The Snake”