Posted on September 25, 2013 | 1 Comment
However uncomfortable it is, I can never feel badly about sunshine in England.  It doesn’t happen often enough for me to complain.
I was walking home, the last leg of a considerable journey with a laden basket, when a young man waved at me from across the road and came to meet me.

He was immaculate down to laced up patent shoes which I thought abstractedly would be terribly hot for his feet.
“Signora” he began, Italian obviously, and speaking English so fragmented, it made the Sopranos sound like Shakespeare.
And on a Saturday morning in South London, he was looking for an Italian radio station.
He offered me a notebook.  I asked if he had been to that address and eventually he managed to convey to me that whoever he spoke to wasn’t helpful.
I saw another name I thought I recognised and pointed at it but he said they didn’t know anything.   I forbade myself to even think that they might not have understood him.
We were very near my flat.  “Come with me” I said gesturing, my six words of Italian wholly inadequate to the occasion.
He looked taken aback.  “Computer” I explained.
When we arrived, he asked me if he might enter – ” Permesso ?”
At the screen, we typed in the name of the radio station and were referred to the Italian Chamber of Commerce in London.  After trying it three times
and checking through Directory Enquiries, it was found to have a fault on the line. 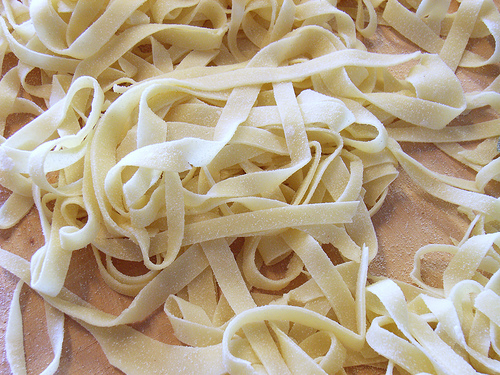 I discovered Fabio could read English, even if speaking it was a problem, so now everything was scribbled on bits of paper.
The telephone operator suggested the Italian Enbassy and connected us.  I got an Italian national and handed Fabio the phone.  Long dialogue.
I went out of the room.  He called me back to hand me the receiver.  Said the embassy employee “Signora, this is Italian Embassy.  We deal in culture, not radio stations.”
I believe in radio for all sorts of reasons and am the wrong person to say that to.  “Great attitude” I said coldly.  “I have one of your nationals in my apartment.  You might at least try to help him.”
Wuffle, wuffle – same in any language.  I hung up.
Fabio suggested the Italian Consulate.  We found it and heard one of those digitalised women’s voices that make you want to swear saying “The person you have dialled is not available, please try later.”
As Bob Dylan once sang, “She said that for over an hour and I hung up” only I didn’t wait so long.
Fabio asked to try Facebook but something didn’t work and we could do no more.
I went to get us glasses of water.  We shook hands, he kissed me on both cheeks and we parted.
I emailed the Italian Chamber of Commerce who replied three weeks later that they had no knowledge of an Italian radio station in London. 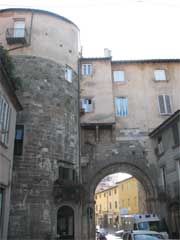 In Donna Leon’s popular books about Venice (where she has lived for 20 years) she expresses through the mouths of her central characters utter disillusion with what we might call the infrastructure of the Italian state.  The only nationally recognised force that works is the Mafia.  This adds spice to the personalities and their adventures but if I thought about it, I thought it was an overstatement.
The British all moan about this bureaucracy or that, especially when it encroaches on our time or doesn’t give us the answer we want.
We read or hear stories of difficulty in one country or another and feel obscurely comforted that our national situation isn’t as bad as that.  And of course, a telephone line can develop a fault, a voicemail may be loaded erroneously.
But I never thought of “don’t know, don’t want to know” as a watching brief for the meanest employee at an accredited embassy.
Couldn’t he have explained to Fabio that Saturday isn’t a great day for trying to locate things in a city you don’t know – better wait till Monday ?  Was that outside his brief as a human ?
Two days later in a jewellery shop (cat can always look at a king, looking is free)  I met Antonia from Bari in the south of Italy.  We got talking and after she had told me how much she liked London even though she couldn’t understand drinking till you fought or fell over, I told her about Fabio and the accidents of fate that prevented variously the Chamber of Commerce, the Consulate and the Embassy from trying to help him.
She made a speaking gesture.
“You’re not surprised ?” I said.
“No” she said simply.

One response to “More Than Pizza”