Posted on September 30, 2013 | 1 Comment
Perry (not his real name) was a lonely awkward gay with a good heart: adopted by punitively religious people who rejected his nature from its earliest beginnings.  The relationship between us didn’t always connect and finally disconnected over his desperate need for somebody, anybody.  But before that, there were good times and one particularly happy afternoon. 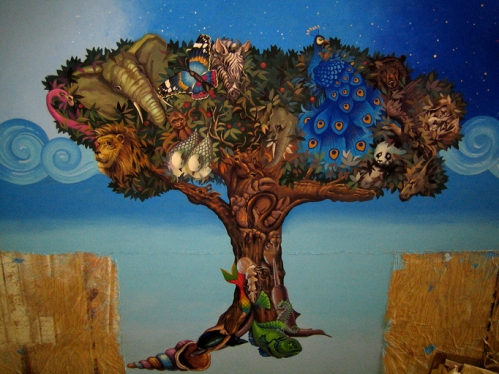 I had seen Millioin Dollar Baby, a story about another kind of love, not just partners but the parent/child variety.  We are short of stories about the love between friends (not buddies), parents and children without use or abuse, siblings without incest or goo.  And I wanted Perry to see it.  He was appalled – “Clint Eastwood and women boxing !”   I explained that there was more to it even if some of the scenes repelled him.   ( In the event I took two gay men to MDB and they both wept).
After the film, when we came out into the afternoon, he said “I’d never have seen that without you and I am very glad I did, so let’s get that plant you wanted.”  I am not a gardener but I love the blue of ceanothus, though this is a story about my ignorance.  I had no idea about varieties of plants.  He bought me a slip for £11.
In those days, I was busy reclaiming the garden from voracious houseplants that had mutated into something like the net base of a wig, making it impossible for anything else to grow, and pulling out anything else I didn’t like that was left.  I had moved a shrub from one bed to another (the garden is about 14 feet long by 4 feet wide) but it didn’t like that and gave up.  So, wanting one of my own, I took out the old and put in the new, where it took and prospered.
There were other successes about the same time.  From a wife who had things done I became a woman who did it herself.
Somebody sent me a saying : if you want to be happy for a short time, get drunk: for longer, fall in love: forever, take up gardening.   Heaven knows how many things I did wrong, how many mistakes I made but I learned from the garden – patience, persistence, the change of every day, apart from the bigger change of the seasons, while looking out through the cold and snow, when all my neighbours are asleep or away, when it is blessedly tangibly silent, framed by what had become over 6 or 7 years a substantial tree, was a gift beyond expectation. 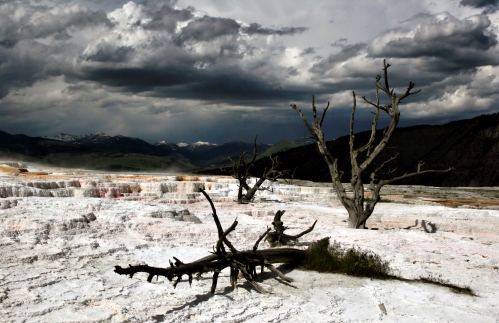 But it became clear (oh dear this is a moral tale) that all was not well in Eden. Which is to say, I planted other things in that end bed near the ceanothus and they did not thrive.  Some were plants bought from a man whose sole criterion is cheap – they’re cheap, he gets them and other than cyclamen or geranium, they do not “take”.   Other plants were bought more discerningly but the soil didn’t agree with them or something else went wrong, I don’t know.
And then I bought from a reliable garden center a sea thistle.   And it died.   I began to look at the ceanothus differently.  It ate the light, I didn’t mind that being generally a mole, but it siphoned off nutriments from other things so they could not flourish.   Last year I climbed round it with the aid of a nearly tall enough ladder, gardening gloves and sharp secateurs, being very careful not to fall , and thinned it with a vengeance but this year with the earlier rain and the later sun, it was sticking out the equivalent of its botanical tongue and taking over.  So it had to go.  Two men came, cut the branches, disposed of them and I learned all over again why the buzz saw is such a popular implement: it takes no prisoners.  The trunk was sliced up and a substance put in to shrink and disperse it.  “It will take a season” said the older man.   We’ll see. 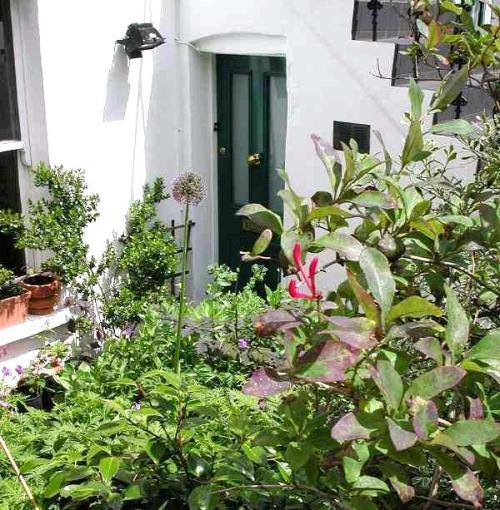 Cutting down the tree was a big deal for me.  I like trees.  The local council works hard to maintain the ones in the street.   I like the symbolism of the tree, “I think that I shall never see/a poem as lovely as a tree”, the time it takes to grow and change, its processes through weather and season but sometimes just growing something isn’t enough.  It’s like those people you see for 20 years to whom you have nothing to say.  The good gardeners I know have a ruthless streak.  They can make a decision.  Did making this decision make me a gardener?  I doubt it.  But the removal let in light so dramatically that you could hear everything murmuring “Oh wow, light, air …” with an almost audible sigh of relief.  And it promptly poured with rain which settled everything down.
And I remembered one fo the few dreams I had ever been able to recall and work through with my therapist – something about dead wood. 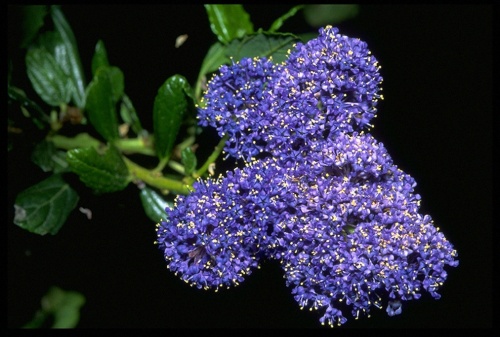 One response to “The Tree”