Putting the American use of the word to one side – implying all kinds of wildness, drink, drugs and sex – this is party time.

The pause between Christmas and New Year which used to symbolise some sort of return to normality is now seen as a brief sag immediately followed by a build up to a bigger head of steam. The gap before the big blow out has to be filled with something and what you can’t do with shopping, you do with hooley.

I am repelled by parties. They frighten me. 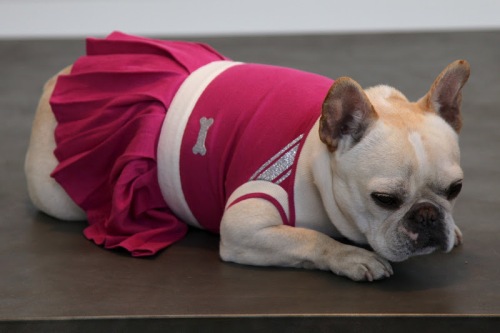 When I was a child it was to do with looking as I did, thin, dark and aquiline, or as my father put it proudly “like a Hindi child.”

(Incidentally though the Oxford Dictionary says hooley is most Irish or NZ usage to describe a wild party, it also lists a similar sounding word (Hoolee) which is a Hindu spring festival and it would be typical of how language travels if it were of

I thought, as many do, that if I could just get the right clothes, I could pass.

It took me a couple of years to attain the long longed-for forget-me-not blue net with puff sleeves and my mother met my eyes in the glass.

“That does nothing for you” she said evenly – she knew I knew.

Belief in the transformational quality of wardrobe took a hard knock.

Wishing does not fix it.  You have to dress what you have.

When I was older (17 in London, 19 in New York) parties happened and I went to them, hiding in corners, finding somebody to talk to, being useful.

You Could Always Find Me In The Kitchen At Parties.

By then there were new varieties to be braved – drinks or cocktail parties: “any excuse for a” party: and “new clothes, make a hit” parties: plus more formal assemblies for 21st or graduation.  But none of it did anything for me.

I like to talk and you can’t make yourself heard at parties.

I’m a cheap drunk with a poor head and I don’t like a skinful with any but my closest.

Far from making me feel safe, the noise makes me feel threatened.  I want to know what it masks, what else is happening.

The manic gaiety doesn’t happen to me.

Twice in my life I have enjoyed big parties – where the food and drink came in good-natured waves, everyone talked, the music was low, turned up briefly for a dance and turned down again.

At one, I was thrilled to identify the South African anti-apartheid campaigner Ruth First – but not her husband Joe Slovo (later Mandela’s Minister of Information) whom I thought a charming Middle European Jew, always good for a natter, which is what we were doing sitting on the stairs, when she came up.

And  the other given by the William Morris Agency at a famous luxe Belgravia hotel was so beautifully catered and served, the experience of watching it happen was much more exciting than those who dressed the set.

And yesterday we had a party, all two of us, a dear friend and me with some good food and the prettiest table I could come up with.  Candles on, shutters shut.  Bottles of Prosecco (so much more digestible than any other bubbly), gifts – we hadn’t seen each other before Christmas, shouts of delight, trying on, more laughter: wicked bitchery – we have kept each other’s’ confidences for 25 years.

But mostly giggling, carefree laughter, she wandering back and forth worrying about me locking the back door, me with a recalcitrant bottle wedged between lace-covered thighs while I wrestled the second stopper into submission.

On Sunday I picked up the paper and there is sodden youth.  I am sure there is sodden every kind of age but youth is in the spotlight because of the enormous rise in diabetes (sugar in alcohol) and liver disease among the hard drinking young.

And I bet most of them don’t have a job or an aim or much hope for the future.

Managing them costs a fortune, drives the rest of us off the street and must exhaust the already stretched emergency services.

Makes a nice word like party into an obscenity. 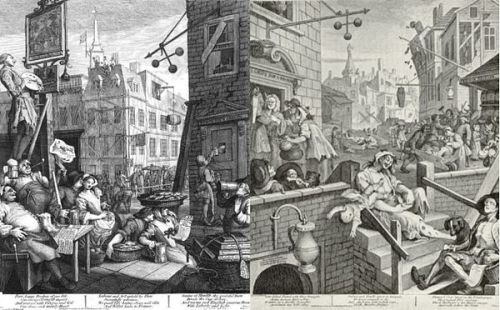 Bear Street and Gin Lane by William Hogarth – he drew, we snap – familiar?