When I was younger I used to think that the short sight (plus astigmatism) with which I was born was an affliction, a flaw, a curse.   Now I am not so sure.   If you can’t see, you have to look.  You have to focus, screw up your eyes, reach for your glasses or other magnifying instrument and concentrate.   And of course it becomes a habit.  In my case, I notice a lot – colour, gait, hands and feet (shape, disposition, what is on them), hair, complexion – and on and on.   It is a standing joke to those who know me well that the first time my son ducked away from me in a store into the men’s room, I eyeballed everybody who came out till he emerged safely.  I could have done police descriptions.  I am endlessly fascinated by what people notice and perceive  – and of course, what they don’t.

The first time I saw a film about ballet 50 years ago, I noticed all sorts of things but particularly the shoes.  The dancers were from the Bolshoi and it seemed to me that the shoes were a different shape.   The last time I saw a film about ballet was 48 hours ago and I thought all over again how very few dancers move agreeably unless they are dancing.

Watching what I call “Sunday night tripe”, I was fascinated by the change – or lack of it – in outfits.   I am sure that, were I to tackle the costumiers of the second series of Mr. Selfridge, I’d get a wonderful rationalisation.   But while I can accept the floorwalker Agnes Towler daily in the same hat and coat, I don’t think Mrs. Selfridge is sufficiently familiar with any privation in the early stages of the Great War, still less poverty street, to be wearing the same outfit throughout an episode and for the second week running.  Is it presumed we shan’t notice  (though it is quite a noticeable colour) or has the budget run out?

Films and television programmes offer rich pickings for this.  Judging by the
You Say  (radio and TV) column of the Sunday Times Culture section – one of the best reasons to buy the paper – there are men all over Britain just thrilled to be able to tell you that the car or the uniform or the train or the weather was wrong in this episode or that.  I go for broader brushstrokes myself and shall never forget Jeremy Northcote as Thomas More in some unbearable pastiche of Tudor England, lined up with his wife and daughters to receive Henry VIII on the riverbank at Putney, and only the men were wearing hats. 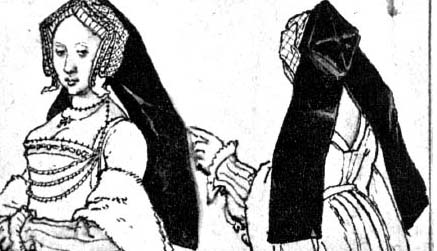 At that period of history no decent woman of any walk of life waking had her head uncovered.  And this persisted for a long time: in an underrated novel of the American Civil

War(1860/5) called Enemy Women, Paulette Jiles (correct spelling) described her heroine escaping from capture, driven to cover her head with something – anything – knowing that a bareheaded woman would be immediately noticeable. 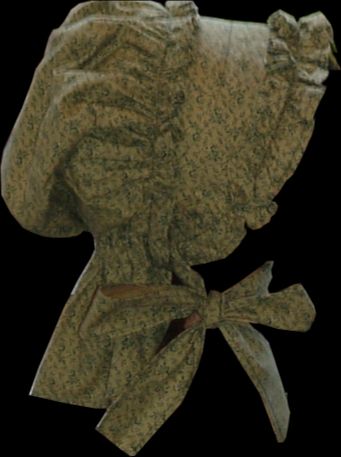 Fashions of the past are adhered to, reinvented, hinted at or ignored in productions, depending upon the actor, the costume designer, the producer/director and the sense of the thing. Sometimes the clothes really don’t matter and sometimes the actor is so terrific, you don’t care any way.  You are observing a person and are held and interested by what is going to happen next.

A medical student I knew had a wonderful professor who used to take his students out in the street or into the pub with him and demand that they observe this man or this woman and tell him everything they could see – what sort of work the subject did, the consequences of that work medically, the age of the subject, their social class (and therefore predisposition to certain medical conditions), their general health.  Now that we know TB is not dead but has become more subtle and pernicious, and HIV patients live a long time, I find myself ear wigging coughs and observing serious underweight with a wary eye. I am not obsessed about health and I am not more than averagely wary of ill health but I am interested in people and in what so often goes unnoticed – the repetitious movement of hands indicating (often) distress, the body language that says something quite other than the words offered, in some cases just watching and waiting to see the truth of something you think you perceive emerge.
It’s called people watching.  Those of us who practice it do it with commitment.  Those who don’t care might learn something.