We used to laugh when the late great Claire Rayner called someone “lovey”.Perhaps we laughed in sympathy because we feared it put the person to whom it was addressed down, which put her up, so the idea wasn’t thrilling and we were glad it wasn’t us.  I am sure it was supposed to be benign but I wasn’t alone in suspecting it.

I once listened to Mick Jagger say “Y’know what I mean” in interview 26 times (I counted) and I couldn’t have cared less what he meant, I had earache.  The new verbal culprit is “well” which has been suggested to soften the beginning of a report direct to camera.  It quickly becomes a cliché and when you have heard it repeated throughout every new rejoinder to camera, I want to scream.

In radio terms, when the clarity and speed of what you broadcast is of the essence, you learn to take the corners of your presentation with the odd endearment – not many, not general, targeted – and the odd word, a bit of old slang, a neat phrase, anything to keep the warp and woof of the woven broadcast changeable, brightly coloured, flexible, moving.

But you have to watch it with endearments.  They often place you the user more than the person you use them on.  And there are fashions in endearments as there are in swearing or operations.

I don’t call people “darling “ because I am pseudo-grand or assumedly theatrical, although I suffer from both (very effective cover).  It’s what I was called at home by two thoroughly down to earth and unassuming people, “marked” on me at an early age.  Discovering darling was from “dearling” brought me up short – the earlier form has quite a different impact.   Though one woman I know tells me she can never use the word darling.  It is the word her husband used to her throughout a long and cruelly unhappy marriage and she has struck it out of her vocabulary, having heard it used to mean the opposite of what it says one time too many.

Nowadays “sweetheart” is rare, my mother used to say “sweetness” which I have never heard anywhere else.  “Sweetie” is rare and “duckie” or “ducks”, the Victorian embodiment of Cockney sparrowdom, is almost gone.  Many people are sparing in their use of endearments so, when they use such a term or offer a tender nickname – it becomes important, perhaps less to the giver than the receiver.  It seems a marker of special feeling, perhaps intimacy, even if only fleeting.

I was in the supermarket where I buy less and less (hooray for street markets, the wonderful local convenience store and the time for opportunistic shopping) and when my favourite assistant said goodbye, she called me “honey”.

She is not given to endearments, isn’t Ann, and as she was clocking off, we walked together through the shop and I told her why that term is special to me.

Opposite my childhood home was Cleveland Avenue and at the top on the left lived Mr. and Mrs. Moss, not just old in the eyes of the child I was then, but very old even then, dry as leaves, she with fluffy white hair under a hat with pearl handled pins and he with a pipe, a flat hat and rheumy eyes, both with sweet smiles.  They were gentle people, rather good with the neighbourhood children to whom they always spoke.  They gave me a book of dog stories and legends called Tails and Tales, which I have just passed on to somebody equally appreciative after a lifetime of cherishing.  And Mr. Moss called me “’unny” (as in honey, no “h”, longish “u”).   Once.  I felt it to be the greatest compliment.  I was under ten, he was an adult.  It’s all in the tone.

We have all heard endearments used to contain or diminish but there are as many rules for as against and at least some of this is to do with personal perception.  One nurse will call you “dear” and make you feel a fool.  Another will do the same thing and you feel absurdly comforted, as if all can be fixed and will be well.  Today, we have the first name used as a comma, every other phrase, or even your title used the same way, in the false intimacy of somebody trying to sell you something you definitely don’t want  – and even if you did want it, you won’t after that patter.
That’s not what the words are for and why selling is still an art, even if you are only selling an idea. 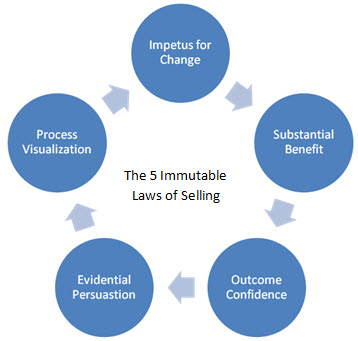 One response to ““What did you call me?””