Harry is one of the few heterosexual men I have ever known who is emotionally rich and realised – loves his life, his wife, his kids, thinks, feels, claims the pain of loss – good for Harry.
I have a soft spot for such a person because I loved my father.   He was big and funny and fey – mysteriously and wonderfully psychically aware. 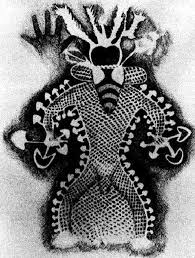 And his legacy is that, regardless of room size, I am inclined towards large men, large dogs, large furnishings.   I don’t mean anything as spurious as “fancying”.  This is far beyond appetite, more like emotive appreciation.  I remember my father’s size and body density from when I was a child and because those associations are good ones, I am stuck with them.  I remember the sensation of enfolding Number One Son when he was a small child and now that he is tree-sized, we have a kind of benign role reversal.  For the magic few seconds that he embraces me in hail or farewell, I revisit childhood.

One of the more valuable insights of my grown up life (maturity will be a work in progress till ten minutes after rigor mortis sets in) is that I am very glad I am not a man.  Any kind of man.  I have only wanted to be a man on the two or three occasions when severe physical force would have been a relief and sadly, channelling Clint Eastwood didn’t work.

Otherwise, it’s such a strain.  You have to pretend to know, even when really you want to sit on the kerb and howl.  No wonder men get hung up in their own power.  Everybody else wants to take refuge in it – why shouldn’t they ?

Twice in my life I have really missed out on men and many years later (not that it’s any use to any of us) I still think of them with rueful tenderness.  What an unthinking twit I was.  When the technology made it possible, I looked them up and there they are, good luck to them.  I left them alone.  I do not approve of rearing your head just because you can after 20 or 30 years of silence, other than with extreme care.

Twice in my life men surfaced from long ago  – one a correspondent I had never met and it was great to tell him he was not forgotten. The other wrote and asked to meet.  I wanted to know why.  Our brief relationship was over a long time ago and I perfectly understood why he hadn’t stayed with me.  When I met him, I said it was like applying for a job I had already been refused.  But I learnt more about him in the time it takes to drink two cups of something than I learned in several weeks in his bed.  I had thought that of you went to bed together (reserve hooking up for haberdashery), you got closer and learned more.  Not always.

Like everybody else, I have my heroes and villains, my fantasies and realities, my friends and my rather not.  And like my mother, an occasional and violent antipathy for one or two ( men and women too) like an animal’s hackles going up.   Perhaps such a reaction against a person unknown is an acute version of personal taste but there is also a feeling deeply beyond words.  Who knows where that comes from ?   Suffice that it does.

Time taught me that men were people too.  Those you liked, those you didn’t, those you couldn’t and that they swapped roles (for example, the trusted becoming untrustworthy) was apparently part of life’s rich pattern.  It does not surprise me when a woman opts for a grownup with a good sense of humour rather than pinup of the month.  Men are just as burdened by their appearance as women are.

Let me tell you about Bill, the husband of a friend, 80 something on Sunday, wonderfully youthful with his own hair, lanky, droll and wise, full of lantern jawed charm and a good heart.  Bill who periodically lets me stand in for his wife when she is busy elsewhere, takes me somewhere and beams at me. “A good man is hard to find” says the blues but my friend did.
A hymn to him !

One response to ““Hymn to him””