Recently the head teacher of a once floundering, now successful secondary school talked about the importance of uniform binding children together, same start, esprit de corps.  I can get behind that.  I wore uniform to school and its parameters were strictly enforced – only socks of white and grey or stockings fifth form up (tights were for ballet dancers), this length skirt, that colour raincoat. 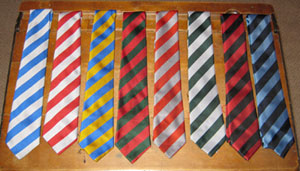 Our uniform only looked anything when you let it be what it was and the rule was smart and clean, not fashion.   You couldn’t soften the edges without looking silly so you didn’t.  You made them crisp enough to cut. It was deeply unbecoming (I seriously don’t remember anybody it did anything for), boxy shapes and a horrible hat – but you could make it work for you by subscribing to it.

Recently I looked out of a third floor window in London’s Oxford Street onto a sea of black and denim, every shade and texture of black and jeans. 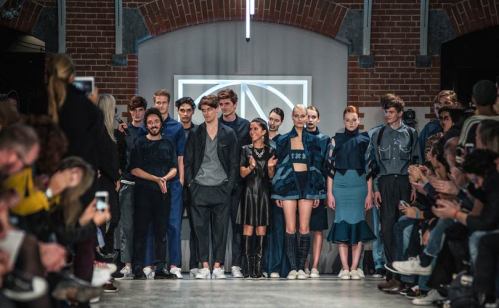 The uniform for informal work was jeans, everybody else wore black.
The great pleasure of shopgazing is seriously reduced by the misery of repetition from the high street on up.
Uniform gone mad.
Same shapes, same colours (or lack of them), same shoes, same jewellery.
You get a bit more choice at the high end but not much.

Of course there were always fashion conventions: if you were a man, you wore this kind of shirt on that occasion (I remember Jeremy Paxman in pique !), those trousers for another.  We used to say that if you were called as witness in a court case, as a woman, you wore navy and pearls.   There were always people who opened the door to other colours, innovators and artists. 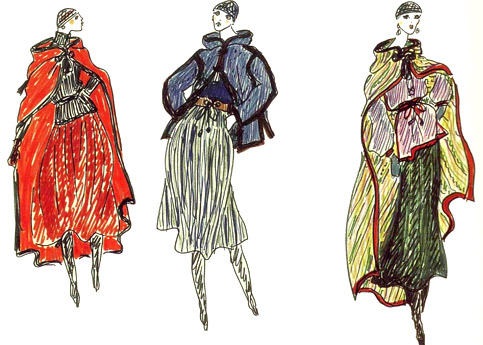 The beaux and beauties changed the scene as and when they could and we all benefited.   Imitation may be the sincerest form of flattery but sartorial imitation down the centuries was more to do with inspiration than copying.

Now it’s like Stepford Wives gone mad.  You can look at half a dozen young actresses at an industry “ do” and they will be one something else and seven assisted blondes.  Their hair will be the same, long and floppy.  They will be as near as possible the same shape, wearing the same clothes in the same colours, with the same accessories, the same shoes, dammit the same shape jewellery.   I’ve heard of safety in numbers but this is eerie.

Steve who sells The Big Issue in Sloane Square tells me that most of the women he sees between the ages of 35 and 55 look exactly the same.  They wear the same clothes, he’s noticed, from the same shops (he named them). Their hair looks the same, the same colours, the same shapes.  “I don’t dare ask ‘em to buy the magazine” he said.” I can’t tell one from ‘tother.  I might have asked ‘em, before!”

The other day I sat beside a girl on the bus (the steerage class of modern urban transport and endlessly interesting).  She was obviously Middle Eastern with thick black hair pulled back from a handsome face dominated by an aquiline nose.  I am a connoisseur of the nose.  I have one too.  So I said quietly when she smiled at me “You have a beautiful nose.”
“My nose!”  she said.   “I was going to have it done in a couple of months.”
I said “Well, don’t.”   “But” she said “it’s so – strong.”   “That’s right” I said “ and when you get to my age your face will have something to hang on” and we talked about surgery (I used to work for a plastic surgeon) and sameness and she told me her family was Lebanese, her husband was English, she was raised in Canada.
I saw her a second time in the street and as I went past I patted her arm and said “It’s still a beautiful nose” and she grinned and said something pleasant.
With it she looks like herself.  When it’s scaled down, she will be more ordinary.

I find this so sad.  We used to save up money to have a kitchen extension or redo the garden and now in increasing numbers we spend disposable income on reinventing ourselves, not to be beautiful – that I could understand – but to look like everybody else.
We used to look at the hordes in Chinese cities under Mao, all in their similar suits, mostly blue, occasionally grey or brown when the dye faded and the West mocked them for that uniformity.  We saw our freedoms illustrated by our individuality.
Now we have our own uniform. 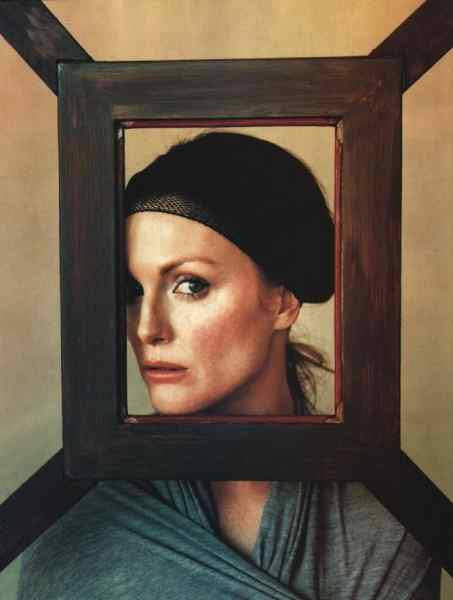 One response to ““Uniform””