The poppies we bought from the trays in the street were once silken if not silk.  Now they are plastic.   When you see poppies growing, their most wonderful qualities are colour and texture.

That texture was part of their accurate appeal, fragile,  what made us able to identify them as symbols of  the appreciated flesh sacrifice in The War To End All Wars  – which sadly only became the beginning of more and more wars, small and ugly, larger and more devastating.

My father was the oldest of four, the only boy and his father who was a very goodlooking short man beat the daylights out of his tall young son.  It was a village scandal, how the schoolmaster used his own boy whom they called Young Skipper.   Maybe this had something to do with my father’s enlistment – September 1914 – three weeks before his eighteenth birthday.
He told me about his homecoming but not his leaving.

He was drilled at the Duke of York’s Military Academy in Dover, in what he called “blue canvas slops” (loose denim) and there were no guns.  They practised with walking sticks.

He was sent out to Calcutta (Mumbai) on a troop ship, via the Bay of Biscay and he was very seasick.  He recalled vividly the pitch and heave of the boat and vomit everywhere.  He thought he must have fainted and when he awoke he was naked, wrapped in a blanket and a large hand offered him ship’s cocoa  (made from melted solid chocolate) and two dry biscuits.

“ Break them in half and tap them” said the voice.  He looked up at an enormous man with a brown face and blue eyes, who wedged him upright like a baby (Pop was 6 feet 2inches and built).
“Why tap them ?” I asked the first time he told this story
“Get the weevils out” he said.
He conjured that man so vividly that I found his facsimile at a radio station in the San Fernando Valley 25 years later.

When he arrived in Calcutta, “everything was sent up the line by mule train”.
“Mules ?”  I exclaimed.
He described the flat bed carts and teams of mules.
He told me about the food – mutton fat in the tea instead of milk, milk wouldn’t keep in the heat.   He showed me the scars of the injections on his left arm.  “What for ?”
“Black fly fever, yellow fever, malaria …”  “All together?”
He smiled.

He described drilling on horseback, telling the sergeant “Sir, I don’t think …”
“You’re not paid to think, lad.  You’re paid to die !”

He was a rough riding sergeant major at 19 which is when he met Ned, the ugliest horse in the Indian Army, thin with a big head and a leg at each corner, who wouldn’t let anybody on his back.  They became friends.   Pop went into his first cavalry charge whirling a stirrup iron round his head because his revolver had jammed.   Ned was shot under him some time later and when my father died fifty years further on, we found a little picture of the horse.

He described to me (his late child) being chosen as one of the few who could swim to go across a river, having to take his glasses off and realising the water was sticky.
Sticky ?
“Another regiment got chopped up badly a mile up river.”
He swam through death.

His parents were told he had drowned off a troop ship on the way home (I have the letter from the War Office) so when he turned up through the twilight, it was all a rather wonderful surprise and everything was upbeat till he saw his mother putting bed linen in front of the fire and asked what she was doing.  “Airing the sheets” she said.  “I haven’t slept in sheets for five years” he said and she burst into tears.
He told me “Her boy was gone.”

My son asked me yesterday “So how did you get on Sunday ?”
“Sunday?”   “Remembrance Day.”
“Fine, thank you.”
I am not big on the poppies, the 11th hour of the 11th day of the 11th month.
I’ve been to the Cenotaph and stood with the gun crews and watched the horses in what I can only describe as a private act of worship.
I remember. 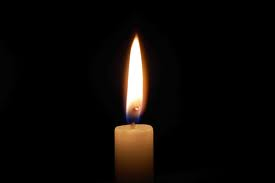 One response to ““Young Skipper””