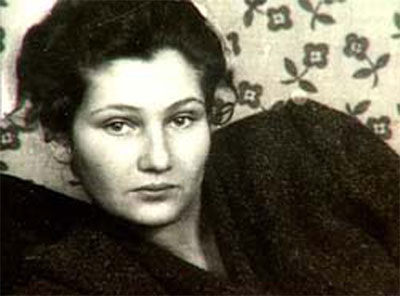 (if you have managed to escape the furore)
is the slogan on a T-shirt which several major politicians were persuaded to wear and be photographed in.
The Prime Minister declined.  So his PR people or his wife or some part of his brain not often in evidence deserves credit.
The T-shirt cost £45.  £45!  For a T-shirt.
So first of all there is a fuss about what’s a feminist anyway.
Second string hooha is the publicity.  I should think the magazine that caused this thing to come into being is licking its chops, publicity being the oxygen of present day existence.  And it was supplied through a chain of shops and retail can always do with a boost. And then there is the third bite of the press apple when it is discovered that the offending garment was made under “sweatshop conditions” (predictable) and the great and the good have to look shocked when actually, they should just look silly.

Where did they think the t-shirt came from, who did they think made it?
If it was that price, somebody  – indeed, several somebodies – were making on the deal.
Feminism be blowed, this is about publicity.
For a magazine which has a budget for the same.
For a chain of shops, ditto.
And anyway, do you know anything less flattering to man or beast – unless you are young, glowing and in terrific shape – than a short sleeved badly coloured T shirt, cut like a bag, with a slogan across it?

You will note – please note – that I have not named the magazine, the chain of shops or the politicians.  That’s deliberate.  They all want publicity and they can’t have mine.

Last year I shared a radio studio with four women who embodied feminism as it came to notice 30/40 years ago.  They founded and ran anyway they could raise the money a magazine called Spare Rib in which I was briefly involved.   I do not have any resentment about having worked for them for a few weeks.  I never did. They had very little money, I could earn more elsewhere.   I was a regular reader of the magazine, I applauded what they tried to do in theory if not in practice, I am thrilled to have it on my CV.
All the arguments about what the magazine looked like, what it contained, who it was aimed at, came later.  These women took Spare Rib from idea to reality and that’s never easy.

“This is what a feminist looks like” is a clever slogan because it is open to
interpretation.   I never knew what a feminist looked like.  One of the first and most heavyweight I ever met had my year’s income on her back in the form of a superbly tailored couture suit. 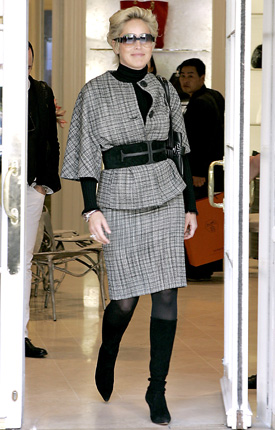 She probably had a manicure too.  And she saw no conflict between the points of view she espoused and the way she looked.
I’ve never known or been terribly interested in what a feminist looks like.
It was wonderful that it wasn’t about what you looked like.

The women I met the radio station are all better looking now than they were then (and I can assure you it isn’t to do with plastic surgery: like wine, some of us do improve with age).  They had great hair, solid attractive bodies in trousers and casual clothes, and all, with the exception of yours truly, wore unobtrusive gold wedding rings, which seems to suggest that whatever a feminist looks like, it isn’t a man-eater.

To me “I’m a woman, take me seriously” in seven inch heels, bottom stuck out in skimpy shorts, enough slap to repaint a liner doesn’t ring true.   First of all you’re not a woman, you’re female, yes.  But woman is a smashing word which suggests some kind of maturity, dignity, strength and grace.  I like grace.  Underestimated, grace is.  And that’s because I don’t like many of fashion’s current conventions.   I haven’t for years. I used to think it was because I couldn’t wear them but now I know I wouldn’t wear them, even to the bin.

“This is what a feminist looks like” is perfect dumbing down:  it seems to be one thing, but plays (finger in corner of mouth cute) as something else.  God forbid we should be serious about women!  Only half the sky, female genital mutilation, women stoned for adultery, domestic violence unchecked.  I don’t know if I am a feminist but I believe in the rights of women.   And I would never wear that ugly expensive T-shirt.

One response to ““This is what a feminist looks like””