There is a drawing by the Dutch graphic artist Escher, of a fish looking up through water bounded by trees, leaves floating on the surface. 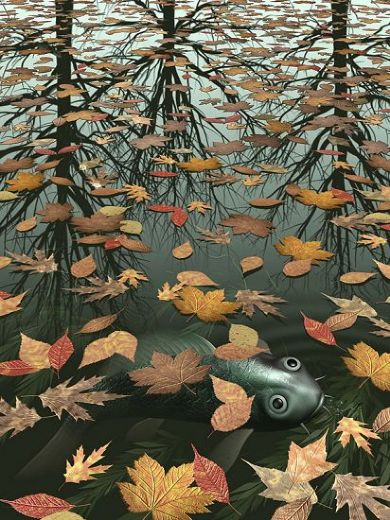 But in my recall, the water is ice and the fish is trapped.   I’m not very good at underwater.  I am a fire sign and whether it is a fictive film about nuclear submarines under the ice cap or a documentary with tiny figures (some of them must be women, thicker layer of subcutaneous fat) under the frozen sea researching currents or plankton or seal, I sit there muttering to myself about the weight of the water, the dark and the cold.    I so admire everybody concerned.  It frightens me.

And although what I have described is a personal interpretation of a famous work of art – even a perversion of it – the fish under the ice has been haunting my restless sleep.

There have been the usual worries and one or two I didn’t expect.  And though worry is one of the few things I do really well, waking with that faintly choking feeling in my chest or the equally unlovely gnawing in the stomach has been marked of late.  And no, it’s nothing to do with hunger.

Writing can be very exposing and I wondered whether it was the pie in the sky project that demands the best of me without any hope of it going anywhere.  It’s the only way I can approach it.  Hope is too emotionally expensive for me but the endeavour makes me feel exposed.   And when I am exposed, I eat. 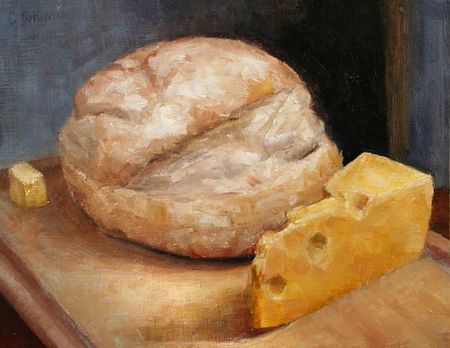 I would like to say nibble but nibble is for rabbits and grass or carrots and though I love my fruit and veg (never any need to say five a day to me) when I am writing-worried I eat bread or crispbread and butter and cheese.   The gap inside needs something familiar and comforting and I rationalise that it has been cold.   So I know I am not hungry, not physically anyway.

Sleep has been shallow, like a saucer easily spilled into wakefulness. What you’d like is to fold yourself into coverlets and drift away to deep rest.
Not for weeks.

I have felt it before and  “It’ll never happen” is an unreliable piece of folk wisdom.   Being afraid of something doesn’t prevent it from happening.    Whatever it is may indeed happen and not necessarily to somebody else.
I read that Tom Stoppard had felt that the lack of success for his latest play was because audiences were no longer in sympathy with his frames of reference. I saw the actresses Patricia Hodgkinson and Janet Suzman had expressed concern over the foundation and appreciation of theatre arts.
And though my “popular culture” was much more ordinary (women’s magazines)  I have lived to see something useful and flexible fall away. It is not easy to live through the discarding of something you have really cared about, studied, had success in and it is worth remembering the “forever” is for mostly for fairytales, not humans.
Change comes and as it does, the way that we express ourselves, how we are entertained, our sources of contact and information change.
History is a pendulum and it’s darned uncomfortable when it swings back against you so hard that it hurts.
But that was only the surface of the fear.

Beyond that, I fear the various forms of instability and upheaval in most of the countries of the Middle East, the rise of ISIS  (please see a tremendously informative article by Graeme Wood in Atlantic magazine), the self aggrandizing cynicism of Mr. Putin who says whatever fills the bill – his interpreter will be as loyal to him as Stalin’s to Uncle Joe –and then does whatever he wishes.
I fear the furore in one country after another because of war, because of disease, because of interfering with nature, because of international trade and commerce and how it’s paid for.
I used to think I’d leave the passing of what was to my son and it wasn’t much of a heritage for him.
Now I pray for the courage to face it in my lifetime.