I am far from fixated and most of the time it doesn’t cross my mind. But the news isn’t good wherever it’s coming from and the idea of any other kind of peace is very relative.

My father who introduced me to death both through what he taught me about it and his own dying was wary of what figures could be made to say: “lies, damn lies and statistics” he’d growl.

But occasionally there’s an article that makes you think, without trying to tell you what conclusion you are obliged to reach (see Nigel Hawkes’ piece in the Sunday Times 17.09.17).   There is a fall in life expectancy throughout Europe and to his credit, the writer ends by commenting that over-interpretation of background and possible relevant data is a risk. In other words, we don’t know why.

Speaking as someone who is nearer to 90 than 50, I am delighted.   Life is more than the beating of a heart. I have friends who don’t do death.   They think that anything that isn’t the end is good: as long as you have some of your health, you go on holiday or take supplements and everything will be OK.

But I remember the fine looking old woman to whom I spoke who said she was (incredibly) 92. I stared at her, struck. “But I am so tired” she said.   I have friends with parents in the same age group. The longer they live, the longer you hope they’ll live, the more you have misgivings about what can go wrong in the ageing process and the further they often are from what you remember them to be.

You can’t set dates on any of this.   Sometimes the years are hard, sometimes the side effects of your difficulties or somebody else’s knock the stuffing out of you.   And too many people – more or less directly involved – discount the emotional cost of ageing.   (I speak as one whose jawline has just begun to resemble that of a thoughtful tortoise – yes yes I know it’s trivial – that’s the point. It’s only trivial if it doesn’t concern you.)

The Bible offers three score years and ten for a life span.   As nutrition and medicine advanced, this extended.   It is nowadays common to be able to dismiss the idea of death as remote but to find dying a bastard thing.   You risk losing your independence, your freedom of movement, your focus, your intelligence, your energy – all the things that made you feel a person.   If you’re of a certain temperament and lucky, you will find replacement bricks for the house of self.   But you may not.   And not everybody has folk around to see them out. 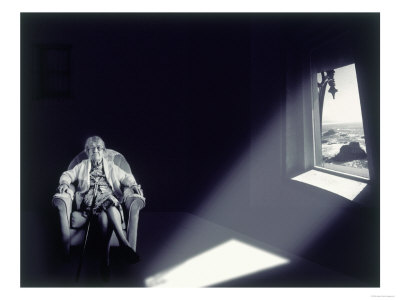 Kevin Toolis* thinks that’s what we lack.   We have pushed death away and in doing so, have lost part of our lives. I was taught that death was part of life and that teaching has served me well. Jackie Kennedy stood in the blood of the murdered US President, her husband, for the public to see. I have an acquaintance whose father’s death reprised her mother’s and being covered with her mother’s blood. Her father couldn’t bring himself to touch her.

The finest thing you can do in bereavement is to offer what you can, and be big enough to accept rejection. The offer is an acknowledgement of what is happening. Like most important things in life, death is a highly individualised journey.

On the bus I see the faces of people coming and going grimed with fatigue.   Yesterday I sat next to a Middle European in his fifties who was physically worn out, thickset, strong and eroded by labour. There are articles about the drugs, now epidemic among youth. (Recreational is a word that may make you feel better about it but a drug is a drug and nobody has been able to draw a line between physical and psychological addiction). Look at the number of opioid addictions in the US. Begun through legal prescriptions. And reflect how often US social trends rerun here. Among all the good things, the treasures of every day, this is a tiring time – as they say “Fair wears you out.”

My Father’s Wake by Kevin Toolis