It’s always personal.   That line in the Godfather films

about it “only being business” is the ultimate copout (no pun intended).   So I don’t know what Prince Harry said to Meghan as they waded through their nuptial ceremony. I can guess but that is interpretation. I don’t know.   What I do know is that you see things the way you want to see them, they mean what they mean – to you.

On Saturdays I go the market – there are two near me. I am convinced that pound for pound they are no more expensive than anywhere else – you get a bit of exchange and chat both with stallholders and other shoppers, two or three things are special – the chard and cooking apples from Chegworth Valley, the venison from South Downs Venison – and I love the trip.

On the way back this week a bus pulled in to the stop where I was waiting, driven by a man in his fifties, with long greying hair knotted off his face and shaded glasses. I smiled. (I do a lot of that.)   He mouthed “You all right ?”

I nodded, pointing at him with my index finger, and mouthed “You take care.”   This unrolled quite slowly as he considered me, so I thought perhaps he recognised me.   People do, years on, white hair, tinted specs and all. I don’t live for recognition, though it is often rewarding when it comes. But that morning, I wanted to believe he knew me.

What John Bunyan called “the slough of despond” – a bit of a low – has gripped me for the months it has taken to get back into walking again after a fall and that morning had found me whimpering , thinking of what to do and feeling lost.   Millions might be uplifted by the Royal Wedding but I was not one of them – my fixes are just as quick but different. 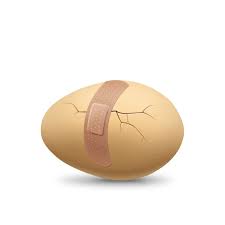 Too often a white wedding seems like an inverted equation between taste and money ie more money, less taste – though my friend Wal’s comment “they don’t know they don’t know” is much kinder.

Interestingly – and I hadn’t looked for it – I found it meaningful that Meghan walked the first part of her entry to the church on her own, that her mother stood alone. So many people are alone – we are born alone, we die alone and it takes some handling to be alone in between.   But in the midst of all that panoply, being alone was acknowledged.

Alone knows no colour. I liked that.   The sense of being alone is not the same as being lonely. That sense of being alone is sometimes induced by circumstances like illness (not necessarily your own), accident, breakup, perhaps what psychiatrists call “low mood” but equally it may be innate.   And you have to learn to be the person you are, when to take care of yourself rather than anybody else, when that is necessary rather than indulgent and to acknowledge your limitations. I keep a piece I wrote about that sense of separation nearly 60 years ago, it’s one of the few bits of my early writing I can read without a blush.

Even scientists estimate that body language and behaviour are interpreted by human beings so fast we don’t know we’re doing it. People who don’t look at what’s there, or wilfully disregard it, not trusting so to speak the evidence of their own eyes and ears, are telling you something too.   Computers are kids’ play compared to the human brain

which assesses simultaneously on different levels and interprets it goes. That’s why you can’t help but notice first impressions.   They may be unreasonable to rational thought. We call them impressions rather than judgements because you may fear the egg on your face from an incomplete judgement.   You may equally well file the information rather than define it or act on it. But I bet you refer to it if you are proved right.   That’s why the old remark about “keeping your eyes open” means more than just looking.   Our animal past says smell, hear, feel, assess – everything matters. Even if it means something different to me from what it means to you.

One response to “what it means”