Should I complain to Wal about my noisy neighbour (I call her Clementine – “herring boxes without topses/sandals were for Clementine”) he will shake his head wisely and say “It could always be worse.”

And today I learned how right he was.

If you live in a flat, you always presume that bigger premises like a house would provide you with freedom from banged doors and late night clumping. 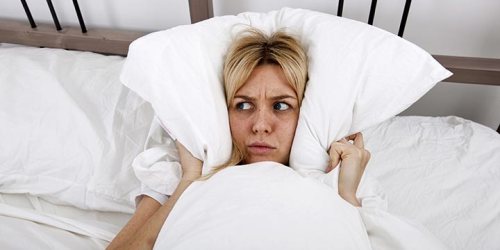 I can hear everybody who has ever had a disagreeable or thoughtless neighbour reaching for their carrier pigeons to tell m e how wrong I am and what a terrible time they had when… but don’t worry, my own word of warning was only up the block.

The section of the street in which I live is half and half, apartments and houses, apartments to the curve in the road and thereafter decent sized houses.   One or two of these properties are let and as is often the way, tenants don’t bother with premises as householders do. They are only passing through and if they make a bit of mess it is only to be expected.

But every so often there are people who aren’t just careless, they really don’t care.   They don’t put the rubbish in the bin, they haven’t worked out that a poor quality rubbish bag is a waste of money (it rips), they don’t care

what they drop where or how it looks and of course if you have an area like that, other people will drop their rubbish on top of it and make it worse. If, as they say, money goes to money, you can be sure that muck goes to muck.

So up the street live three or four young men, apparently trainee lawyers, and the front of their rented house is currently decorated with a defunct bed head and slats, garbage dropped where it fell, theirs and other people’s, clumps of dry turf and dead plants, and that detritus that would give anybody a bad attack of the David Attenborough Discards ie polystyrene cups, burger boxes, fried chicken cartons, drink bottles and cans, food wrappings, ditched napkins, dog poop, dropped circulars, empty cigarette packets, sweet papers, discarded shoes and tshirts, plus several pizza boxes.

I’ve never thought to own one of these houses so this is not envy and I was never a Brownie or a Guide so it’s not about getting my Keep Britain Tidy badge. The mess offends me. It’s unnecessary for the want of wrapping it up and disposing of it. It’s unsightly.   And in this heat, it stinks. 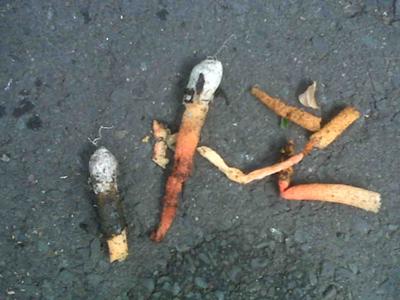 Today I got an email from another neighbour saying she wanted to get in touch with the owners (I had heard they were abroad) and she couldn’t go on. In this weather, the whole mess was the rat Hilton and anyway yesterday, the tenants had made a noise from midday to 11.00 at night.   I expect she put the back of her hand to her head and exhaled with long suffering and attar of roses. I don’t know the owners so I couldn’t help her.

What I did do was to write to the local authority health and safety and ask if there was anything they could or would do.   But that was two weeks ago before the current drama.

So in spite of Clementine’s lack of charm and her habit of shutting the terrace door above my head with unnecessary force (circumspection forbids I should tell you more), I find myself feeling rather fortunate.   In my quiet life, if you wake me, I read and then go back to sleep or I have the odd disturbed night and sleep in the afternoon.

Occasionally in the Edwardian working men’s flats in which we live – the later edition of the Victorian working men’s cottages – we find ourselves too close together and have to muddle through gatherings in a neighbour’s garden, or 10 hours of beer and voices that would go through brick at 20 yards.   But it doesn’t happen often and it is survivable.   Clementine wraps neat garbage, I’ll say that for her.   I won’t tell Wal how right he was, he’d be insufferable.

One response to “worse”