The young woman helping me buy a hat had a slight accent, like a check in the voice. The hat was a knitted shape too often made in massive reproduction, becoming to nobody save the very fortunate and under 18. This was the pricey upmarket version.   “Tell me what it’s made of” I said “because if it’s acrylic, you can keep it.” She turned it inside out and read the label – wool, polyester, angora – until she paused “I do not know this word.” 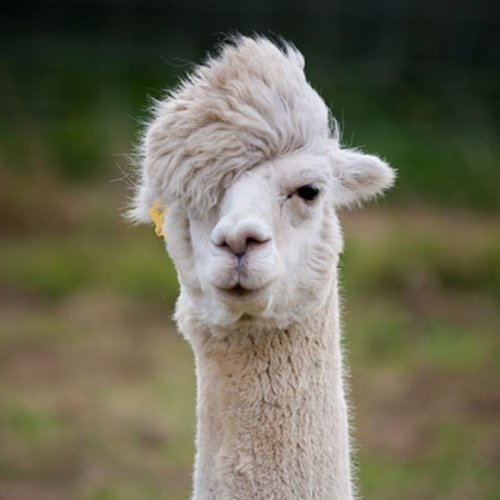 I peered at it. “Alpaca.”   “I do not know alpaca” she said.   “Like llama, with attitude” I said. “Very warm. We used to make cloth coats out of it last century. Where are you from ?” Her father was Russian, her mother Iranian.   “So you’re from up on the border ?” She beamed at me.   A week later on a bus, she waved to me and called “Bonjour, Madame Alpaca !”   Appreciation is free.

At 14 I wrote an unsolicited letter to Ginette Spanier, directrice of the House of Balmain, 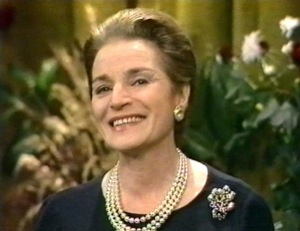 sometime columnist in my mother’s magazine. (You could call my mother’s journalistic reading matter aspirational, you could call it pretentious. It is long gone and I enjoyed it.)   Spanier wrote back on company letterhead with beautiful watermarks through the paper and I carried it till it disintegrated. I sent a card to Yaphet Kotto when he played in a West End production.   I wrote to Libby Purves at The Times. Though nowadays a letter may not get through, presumably because it requires a decision to answer it.

I wrote to the oddly named optical consultant and it took over two weeks to find a human who knew how to process it, I won’t bore you with the allies and byways I had to traverse – hardly an advertisement for private medicine. But appreciation and/or acknowledgement are necessary, do great good and take five seconds. I can imagine one of those terrifyingly intellectual articles stretching before my eyes which discusses the social implications of appropriate psychological investment.   Or as Nike had it, “Just Do It.”

Because “thank you” never goes amiss. It is sometimes not a straight forward (say the letters aloud) ab/ba transaction but a kind word reliably goes into the pool of human endeavour and it will wash up happily on another shore, if not your own that time around. Yes, the world has its share of grumps but often a grump exists to be ungrumped.   (I think immediately of two taxi drivers.)   And face it, sometimes the most well intentioned comment is an interruption.   We cannot know what is going on in other people’s lives.

I am not big on the terminology of heroes. 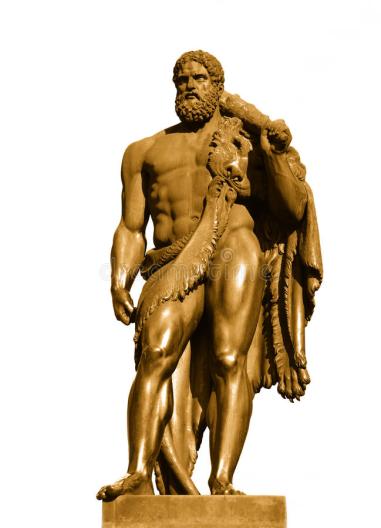 Sunday was a day of sloth. I usually write and I couldn’t. I didn’t get dressed, I felt ugly and didn’t want to go out.   I read and muttered and watched The Heart Guy (Drama) and Unforgotten (ITV) both of which I rate. I let the day slither by like a snake with a headache and prayed I’d do better this morning.

The “i” (tabloid edition of the Independent) is running a piece from The Washington Post by Andrea Chamblee, a US government employee whose journalist husband John McNamara worked at the Capital Gazette and was among five people killed in their workplace by a man with a grudge and a gun. The Washington Post is an old established newspaper and the piece may have been derived from interview or been written by the woman herself.   It couldn’t matter less. What is important is what it tells you. Jesse Stone says “ People don’t carry guns to frighten you, they carry guns to kill you.” Gun crime is on the rise in the UK and we often inherit US social problems.   14 news organisations got through before any of the helping agencies were able to offer a crumb of information or comfort. I so appreciate this piece, I believe Ms. Chamblee will understand that and I’m going to write to her. 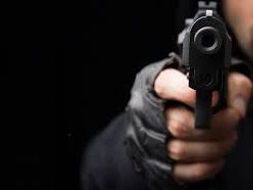