…the way that you do it*

Most of the street has been closed or blocks sold off to developers, the biggest of which is Chanel,

probably a tax dodge because the presiding designer is elderly and this isn’t going to make money. My friend the Kandinsky Kid lives opposite, in a property largely unmaintained for 40 years and has endured round the clock disturbance, Saharan dust and flapping plastic over many months. As the vanity came up for launch, she remarked to the gaffer as she went to get the paper in the morning that, as they were going to wash all the windows in preparation, they might wash the other side of the street too, so affected had she and her neighbours been by the development. And they did.   So for the first time in two years, daylight comes through her windows.

Tina (not her name) went on holiday to France, her enjoyment somewhat dented by the loss of a suitcase on the way back. Enquiries soon revealed that it had been stolen, recorded on CCTV if anybody could be bothered to watch, but the absence of personnel makes that all too easy. Cameras usefully record but they don’t monitor.

So she got in touch with Eurostar who offered her their standard reimbursement of some £50 odd pounds and asked her to email her bank details. Tina said she was sorry, she preferred not to. The man on the telephone asked if she had PayPal. She apologised, she did not. “Leave it with me” he said.   He turned up her booking and reimbursed her credit card. She sent him an email to thank him and he rang back to acknowledge her email, adding “the fault is ours, anything we can do …” 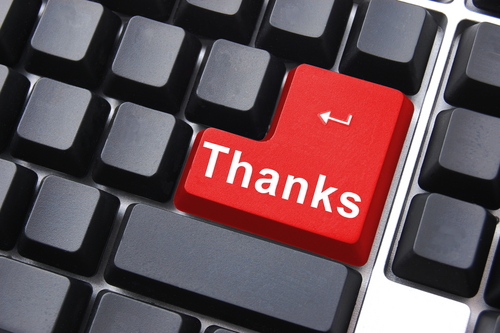 While after 2 weeks without BT broadband and the booking of first one and then a second engineer, neither of whom showed, Pam the Painter went to the local techno store. True, she’d had a nightmare there last year but she was desperate. This time, she was met by a young man who answered her every question and as she left, she asked for the manager and told him that the assistant deserved a rise.   Manager grunted glumly “That’s not going to happen. What’s he done that so special ?” and she got the bit between her teeth.” Listen” she insisted “ a year ago you patronised me into the ground. You reduced me to tears of irritation.  This young man just sorted everything out as far as he can. His service should be recognised.

If it isn’t that’s your problem. I’m marking it: that’s mine.”

And I was buying 4 items in a supermarket I don’t use when I saw a man my own age, inspecting and choosing apples with great care so as I went past, I said “Spoilt for choice !”   And he grinned.   About five minutes later, I came across him again, choosing oranges with the same care.   So I sidled up and whispered, “Don’t look now but I am following you !”   He turned to me with a film star smile – “I should be so lucky !” he said, I gave him my hand and we both burst out laughing.

Every time I write stories like this, I wonder if I risk sounding like Pollyanna who only saw the best in people – and I know damn fine that’s not true.   Whether it’s in the stars, God’s will or Nostradamus, we have matched sets of anguish, stupidity and every kind of violence. But as an exclusive diet, it poisons you.   We can rail and stamp to let off steam but this is where we are – though the restrained clarity of the General Secretary of the UN Antonio Guterres in the face of the disappearance of the Saudi journalist Jamal Khashoggi made a nice change. However justified, a rant risks being lazy journalism.

The fine strong invisible threads of human intercourse are more important now than they have been for years.   They are warmer, brighter and more important than intergalactic space travel or buying a new phone, let alone a new bottom.    Good news is like a smile ie cheap and warming.

Oh, and the hellebore has just bloomed …

A close up of Helleborus ericsmithii