We were a full house, me and my son, his daughter and his oldest friend. OF brought tulips for me and separately, a small bunch for Babygirl.

Picture us, strung out from the kitchen (down two steps) along the hall, OF with Babygirl and her flowers in his arms, me and my son behind me in the kitchen and I said “I know a song about tulips” and began to sing “Tiptoe Through the Tulips”, both men joined in, we sang it twice and Babygirl beamed.

She is three and early on, we discovered that if you could sing , she loved it. We made up silly chants and sang all of The Twelve Days of Christmas twice, just so she could watch first one and then the other of us, and join in Five Go-old Rings …. 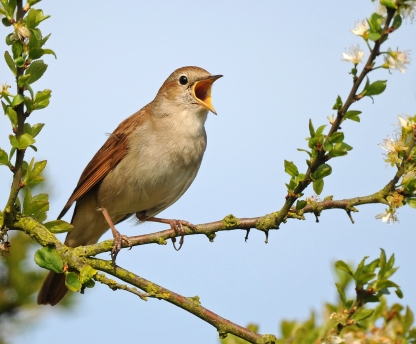 “the nightingale I am not”

and it made me think how, now that I have accepted that I am not a singer in anything except intent, how much I enjoy it and always have.

Both parents sang. My mother had a true little voice and she sang songs that were old then, often from films or early records.   My father sang bass, cowboy songs (same provenance), Paul Robeson and The Deep River Boys.   Once we got a car, in almost every outing, somebody would begin to sing.   As soon as I learned it, I sang Rock Island Line,

longing to learn more old blues and work songs from the Alan Lomax programmes on what was then the Third Programme. The sounds entered my mind forever though I could rarely reproduce them.

We sang at school. In my junior school, Community Singing incorporated folk songs and many of the politically dubious numbers from a just about post Imperial world which remain indelibly in my mind.   (You never know what a song may mean until you sing it to somebody who hears it a different way. How proudly I sang the tune I had learned for The Diary of Anne Frank (on stage) to have Dov, an Israeli, put his hands to his ears. “Not again” he groaned. “We grew up with all that stuff !” I sang a Boer War marching song to a friend from SA who howled “Good Lord, haven’t heard that for years !”)   Music as history: discuss.

In among the madrigals essayed by my secondary school choir, I saw for the first time the phrase “from the opera so-and-so” printed on the sheet music.     For the unsurpassed carol service, we sang carols from the Commonwealth,

settings by Benjamin Britten and The Song of the Nuns of Chester (in Latin) which remains in my ear because we sang in language divisions – French, Latin and German. I couldn’t wait to be in a year older and learn the second French carol: I remember them both.

I saw musicals at the cinema and on stage occasionally, thanks to the local Amateur Operatic Society, who trilled earnestly in private and gave voice to much lighter weight stuff for public consumption.   All three of us learned songs from the screen and they were added to the singing part of our car journeys. (You may be relieved to know that we sang very little and very quietly if on trains.)

I sang the night my son came into the world,

I couldn’t sleep, but lay there rapt, blood on my best cotton nightie with this wonderful great boy in my arms. A nurse came in briskly, relaxed into a grin and left saying “ Well I came to check up on you – but you’re fine !”   I sang everything I could bring to mind and he watched me thoughtfully. 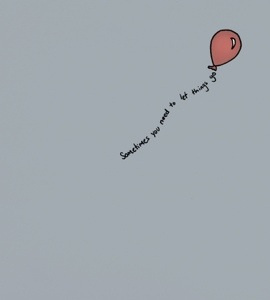