put it on the pickle jar

On one of the rare occasions the post failed me and the cheque to Wal didn’t arrive, I took it over on the bus and on the way back, at the bus stop, signalled authoritatively for the bus. An elderly Sikh 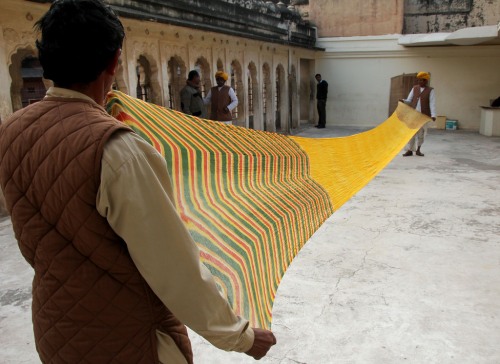 in immaculate grey flannel and dark turban laughed at me. “It’s not a request stop, you don’t have to signal” he teased. When we got on the bus, and were sharing a seat, I told him that in my youth in New York I learned to make proper signals clearly – that way it’s not my fault if the bus driver doesn’t take notice -and we went on from there – to the limp wristed flutter employed by so many (they do want the bus to stop, they just don’t want to be noticed doing it ?) and on into where we are up to (you try avoiding the word Brexit in a sentence of intelligent conversation currently), how long he had been here (44 years), married for 60 which led to me asking where he came from (East Africa) … and he spoke glowingly of Britain and the backtracking of everything he had thought broadminded in British society.

He told me interestingly that his children had, as we used to say, married out – one into a French family, one into a Spanish one – and that it was fine with him.

What mattered to him was that his children were happy and cherished, that the extended family (his grandchildren) were part of the same clan.   And as you might expect, I agreed with him. “I don’t care how you vote, who you go to bed with, or what you call yourself if you are a decent person” I offered. He nodded. “You see, we are old enough to know this. I am 80” and I concurred “74”. When he left he shook hands with me, he was off to Spain, I wished him a safe journey.   And when I told a friend about it, she asked (I quote) “And do you think he was hitting on you ?”

As a matter of interest, no I don’t.   Would I have known if he was ? Probably but not necessarily. I remember the man who made the going only to discover between meeting me and having lunch (his idea), that I was 10 years older than I looked and he very nicely shed me.   I remember thinking at the time that I was well out of that.   It stung a bit and made me wary.  I don’t have to lie about my age for work (there isn’t any) and conversational transactions with most of the men I meet are along the lines of a pleasantry ie if I can deal with my birth date, so can they.

I am a 74 year old heterosexual woman. On a good day I look OK, on a bad day, less than OK. Life has been nothing but interesting and still is. I have a soft spot for one of Lord Snowden’s best portraits, of Lady Churchill captioned All Passion Spent.  Labels don’t tell you much and I confess, I am bored with the search for labels.

This morning I read a headline “Bearded non-binary authors have eyes on the women’s prize” and sighed audibly.   Labels for an illness or a condition can comfort people, though it is often only a foothold on a climb. Do you feel better if you were this and became that, and you have told the world how you did it?   As it is, for every person gifted person who has identified as this, changed his/her/its mind, re-identified differently, taken different drugs and had other operations, and delights in telling us all about it (I leave you to opine on the frisson of that) there will be quieter personalities for whom privacy matters just as much to make a similar journey.   I don’t hate trans, I dislike trans disliking me.   Different isn’t better, it is just different. It’s not a competition.   And the journey to some kind of recognition is just as difficult for many of the people who set out upon it, regardless of label.   Labels are for pickle jars.

One response to “put it on the pickle jar”