In the family I came from, we ate at the kitchen table.  It was usually covered with a striped seersucker cloth (very popular with my mother, no ironing required) or a gingham checked less popular model which I preferred.  At the end of every meal these cloths were shaken free of any small leavings or crumbs for the birds.  I like birds. 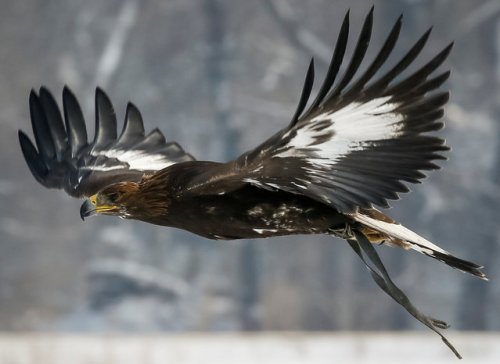 I am not a twitcher.   I don’t want to cut them up to see how they work, though I can see the flying mechanism alone is very special.  I just like them, the feathers, the balancing feet, the small bright eye.   That they have their own logic, nothing to do with a clumping human like me.    I have written elsewhere in annalog about the wren and my sense of wonder about birds.  The old song says “Only God could make a tree” but I think only God on a good day could make a bird.

In a collection of reworked folk stories, Richard Adams (the author of Watership Down) wrote how God decided to make each bird different from the other

and the little brown bird who became the nightingale came as the sun was setting,  to a hillside scattered with different bills, colours of plumage spilled, imperfect tail feathers and assorted webs.  The Master of the Universe picked up a fragment of gold leaf and told the little bird sitting on His hand, too shy to come earlier “It may hurt for a moment, going down” and the little bird nodded in perfect trust  – which is how the nightingale got his song.

When NextDraft my online information sheet turned up the Audubon Photography Competition (do look up John Audubon, ornithologist extraordinary, an adventurer’s life to the end) I looked with glee at the pictures which include a hummingbird called Anna.

I don’t know where you are with what people are pleased to call coincidences.  I don’t believe in coincidence.

Everything has a meaning and if you have to wait to understand it, or if you never do, that’s part of The Plan.   Nor do I believe that explanation and acceptance are the same thing.  You can accept without understanding, understand but not accept. I can understand all sorts of things intellectually but reject them, often with appal.   So the idea of sharing a name with a hummingbird was just delightful, a coincidence of course, and I haven’t worked out what it means.  Perhaps just that I increasingly believe that without small pleasures, even very small, living has no more taste than stale bread or flat cola.

Hummingbirds are tiny, their wings bat so fast you sometimes can’t see them move.  They live on nectar, lay two tiny eggs and at their most highly coloured and glistening, they resemble moving jewels.   There are few Anna’s in my life, Sten, Pavlova, Christie and Karenina come easily to mind.  I am just delighted to add a hummingbird.

The overcast grey skies have been less like wings than grubby pot lids, too low for comfort and the day devoid of light. So when a morning came where the sky was back up where it ought to be, sparkling blue and sunny, I got on a bus

There were three or four of us, sitting carefully apart, all masked and a pretty woman in her fifties doing something at a window with what appeared to be a spare mask.  People get obsessive about these things so I didn’t stare but left her to it.  And we drove through the summer morning, in that moment free of bad news and hesitation, till I looked to my left and saw the woman I had noticed was sitting at the opposite end of the bench seat across the back of the bus from me.

We exchanged smiles and she said “Isn’t this lovely – the clear sky and the light ?” I agreed that it was. And I became aware that she was still holding the spare mask.   And as I looked, I saw sitting within a fold, a large beautifully marked bee.

“That’s what you were doing at the window !” I exclaimed.    “Well he was stuck” she said.  “I couldn’t leave him.  I’ll take him off the bus and find a nice shrub for him.  “ I watched her and that’s exactly what she did.