A woman I was queuing with remarked “In these circumstances, the nice will be very nice and the nasty will be horrid.”

She was speaking of the pandemic. Kind of like life.

Last night I watched a movie that one friend recommended highly to me (though he will struggle to explain why – endless repetition of “it’s very good” doesn’t hack it) and another said yes, she’d seen it and loathed it.

I once tried writing about film, but that ended with the cineaste I married, who opined that there was a special door into hell for film critics (probably Jean Luc Godard) and as at that stage I wanted his approval, the idea slid away.  But I watched Three Billboards outside Ebbing, Missouri (wonderful title) and then I looked up the writer and in this case director and he’s Irish.  Right.  God bless the Celts. 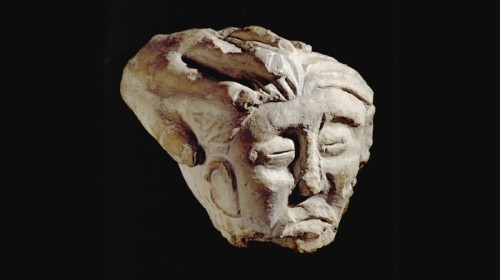 Dark, violent, verbal and overwhelmingly moral performed by marvellously physical actors, and when the mother says to her daughter “… and I hope you get raped (whatever the rest of the sentence)”  I gasped.

Be careful what you wish for.     Speaking as somebody with a lifetime’s commitment to rage in its every application, positive and negative, if you are going to follow that path, you have to learn to know, to claim, what you say.  Before you say it.  Because it may come back and bite you.

Recently a friend rang me in a terrible stew.  His sister having been furloughed is now being made redundant and the Government furlough funds are being used for severance payments.

And for the first time in his thoughtful careful life, he was so angry he sent the story to a news outlet.   And then panicked that it would harm – not her, he’d take care of her – but other people in the work force with her.  The same story features in this week’s Sunday Times (19.07.20) in a completely different industry.  I am almost relieved.  Now I have to decide whether I should tell him about it, or leave well alone, since he has got his head around what he did and why.

I have never been very good with people who can’t tell you why they did or said that.   Or why this or that meant such a lot to them, and they don’t know why, this event, that form of words and on into why that sound matters, why that feeling matters, its origin, even its symbolism.   Nobody knows everything, I know that – but look at the thing.

Why those words, that form of words, that action means so much.   Never mind buying a new chair, buy a new consciousness.   Or better still devote attention to the one you have.

It wasn’t a loss not to be able to afford the mostly horrible clothes in the Vogue I read for years (no more), but I often found editorial material that was very interesting.  It was in Vogue that I first read about visualisation.   If you look it up on a search engine, it has all the current buzz words attached.  Step over all that.  Two of the most agreeable and thoughtful interviewees I ever had were general practitioners who had become involved in the British  Association of Medical Hypnosis. Give them “a” for communication,  they introduced me to the idea of self hypnosis.  I didn’t go into that.  But I do continue to concentrate the full force of the mind’s eye

“The Dark Eye by Albert Gargano”

on positive images,  when I am afraid or upset or sleepless.    I can conjure the dogs or the animals I love, this scenery, that bay, and last night before I went to bed (after Three Billboards) there was a horse in the hall.

My biggest insight into horses came when the colt fell away into shadow and the full grown horse came downstage in Warhorse.   It was great theatre and thus I understood why people worshipped them.  Man’s history would be entirely different without the horse. I couldn’t see the colour of the horse in the hall because it was dark but he was large and warm and I stroked him and drifted off to bed with the illusion that if the hellhounds came after me, I could get away.   The smell of his coat lingered this morning. 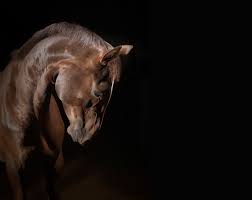